Thinking inside the box 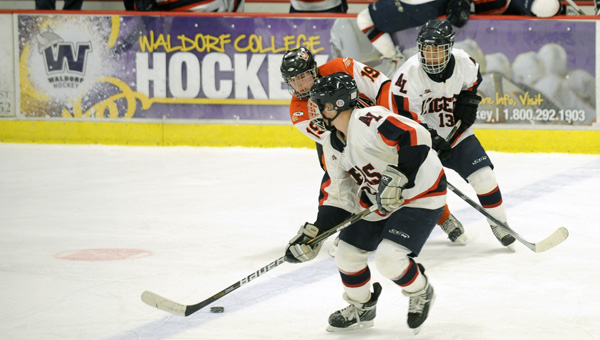 Albert Lea beat Winona 6-2 despite 14 penatlies, 25 between both teams 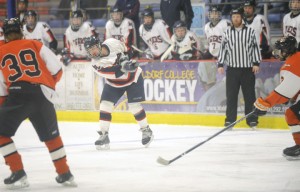 Malimanek scored at 15:43 to give Tigers a 3-0 lead after the first period.

Cheever and Malimanek each netted goals during the first seven, penalty-free minutes of the second period before the whistles started to blow.

Over the final 10 minutes of the second period, 22 minutes of time in the penalty box were given between both teams on 11 penalties. The Winhawks’ Thomas Lueck pulled Winona within 5-1 at the 12:27 mark, one of the few times both teams were at full strength.

The Winhawks scored again early in the third period when Sam Larson scored a power-play goal at 3:23 to pull Winona within 5-2 but they didn’t get any closer.

The Tigers outshot the Winhawks 41-24, scoring on 15 percent of their shots.