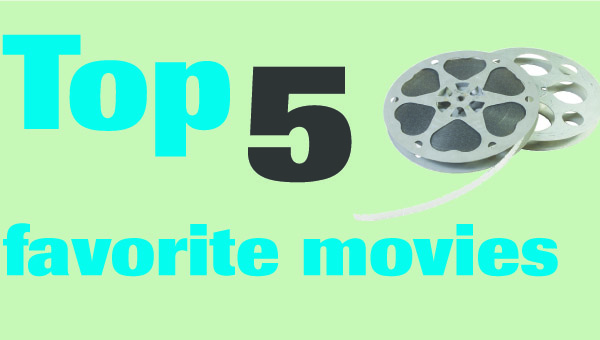 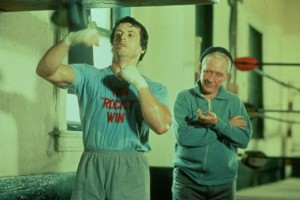 He never gives up, and fights until the end.

It’s a great tale of David versus Goliath.

3. “Butch Cassidy and the Sundance Kid”

It’s my favorite Western, with great acting by Paul Newman and Robert Redford.

It’s a fun family movie that I watched with my parents and my kids enjoy.

Every American should see this movie to observe what occurs when evil power goes unchecked. 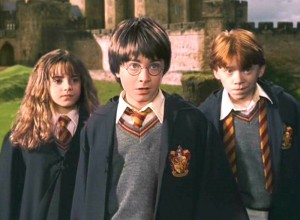 Amazing display of imagination and pure fantasy. And, I saw a theme of choosing the right thing, doing good over evil, being true to friends and family.

The first one. I liked the suspense, the action and the high-tech gadgets.

Great animation and very funny one-liners, especially from Eddie Murphy as the donkey. 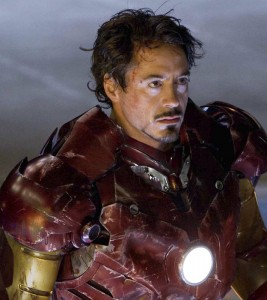 Great classic, especially now that I can watch it to the end. As a kid, my brothers and I always got scared at the scene of the flying monkeys and stopped watching. Never saw the ending for years!

It’s a classic, and I love the music.

It’s been my favorite since I was a little girl. The message is to never give up on love if it’s real love and, though our lives can seem difficult at times, we are here for a reason.

I don’t watch them much anymore, but they really shaped who I am today. I liked Anne’s stubbornness and her sincere desire to help others.

I really liked how the movie literally turned the world upside down. It’s about gaining independence and finding one’s voice, even in the midst of madness.

4. “Joe Versus the Volcano”

The beginning of the movie depicts the “rat race” in life and Joe’s desire to break free from the mold. There are a lot of great messages but the movie ends with the couple having exactly what they need and going “away from the things of man.” 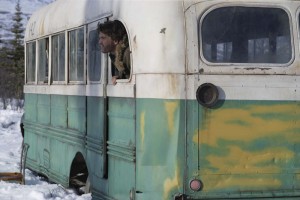 Eddie Vedder is by far the most talented musician I’ve heard, and his music adds so much to the message of this movie. I think many of us wonder if we could make it out in the wild but are too afraid to try; I always feel I’d like to challenge myself to this someday.

A tradition I watch with my father (he knows every line).

A great comedy I love watching with my husband.

Full of wisdom and grace.

4. “Eternal Sunshine of the Spotless Mind”

A rare comedy that pulls at the heart.

Though I shed many tears, this powerful movie portrayed the sacrifice of soldiers who were willing to risk their lives for the freedom we take for granted so often. It makes you appreciate every soldier and family who have lost a loved one while serving for our country.

Even though I’ve seen it several times, I still love to sit and watch this heartwarming movie. I think it’s one of Tom Hanks’ best performances. I loved the chemistry of Hanks and Elizabeth Perkins. The film makes you laugh and cry.

One of my favorite romantic movies. I loved every aspect of this move, the music, the setting at the Grand Hotel on Mackinac Island and the time-travel storyline. Someday, I’d love to visit Mackinac Island. 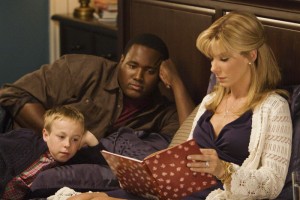 This was a powerful inspiring true story that really touched me. It’s a message of family values and examples of how we are to show love and kindness to others who have needs. Sandra Bullock’s performance was amazing — it is not always giving money to charities — but the giving of yourself that is true kindness and generosity.

I loved this movie because it’s about true love that lasts eternally. It’s about good and evil. It was suspenseful, humorous and guaranteed to have you in tears.

In cinerama, a reward for walking beans.

I saw all the space launches live on TV, I’m a space nut.

My wife and I had a camping trailer. 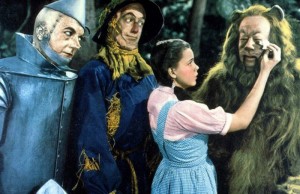 "The Wizard of Oz"

Who hasn’t seen this movie at least once? Great fun and we know we are okay if we have a brain, a heart, and courage; and there really is no place like home.

At my age, I have to include at least one Western (I was tempted to include more), and this one is as good as any. Good triumphs over evil, but I still haven’t figured out if Alan Ladd is alive or dead at the end when Brandon De Wilde is calling out to him as he rides off.

Shot in black and white with English subtitles when the French and Germans are speaking, and boasting an all-star cast, this mammoth movie about D-Day impressed me as a young boy. It also instilled in me a higher appreciation for World War II veterans and the sacrifices they made. 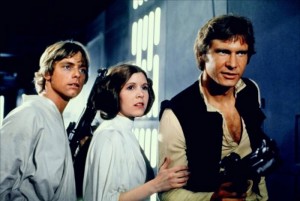 I’m not much on science fiction, but this hi-tech movie was entertaining and led to a whole series of films. Someday I may get curious enough to watch the episodes in order so I can understand exactly the whole story line. For the time being, I’ll give George Lucas credit for filming them in an order that kept peoples’ interest and wanting more.

Action-packed from the opening scene until the end, this movie had me on the edge of my seat. Who hasn’t dreamed of searching for and discovering lost treasure like Indiana Jones?

Weather causing roof problems for many