Victory for the human race around the corner

Most European countries have experienced enough suffering that they are very slow to go to war, as evidenced by their lack of support for our attack on Iraq several years ago. At the time, many of us felt they were shirking their responsibility to support freedom. Since then, we have gained perspective that they were supporting freedom; they just weren’t promoting violence as a response to grief and fear. 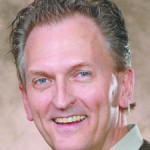 This challenges our temptation to hurt back when being hurt. Harvey hoped that what we will learn from those who hurt us is that it hurts to be hurt. He hopes we’ll get it that the appropriate response to being attacked is to experience how awful it is to attack someone.

My New Year wish is similar to Paul Harvey’s, that we will see every offending behavior as a teaching tool on how not to offend people. That we will see every disagreement as an opportunity to understand someone better. That we will replace our fear of being hurt with trust that others don’t want to be hurt either. That practicing forgiveness is what we’re here for, and pardon is what turns blemishes into blessings.

What I want for us in the coming year is that we will see our neighbor who belongs to an opposing political party, also belongs to the same human race. I want us to be mindful that the ones whose religion is different from ours is loved just as much by our God as we are, and that He expects us to treat them with compassion and respect. I would have us remember that differences in skin color and cultures are beautiful, that diversity is growth, and that being challenged to give up our old patterns that aren’t working is a gift, not an assault.

I want us to see beyond people’s reactive behavior to the scared person behind the reaction. I want us to see we’re good people even when we act bad, and others are the same.

I agree with the bumper sticker I saw recently that said, “I hope that my child doesn’t kill your child.” May we join our petitions in prayer and our voices in song, “Let there be peace on earth, and let it begin with me.”

Then, we will truly have a brand “New Year!”

David Larson, M.S., C.P.C.C., is a licensed psychologist and the founder of the Institute For Wellness. His column appears on alternate Sundays. He can be contacted at 507-373-7913, or at his website, www.callthecoach.com.

A new era of bipartisanship? No chance

Bipartisanship broke out in the lame-duck Congress. Most notably, Republicans voted with Democrats for the New START treaty with Russia... read more