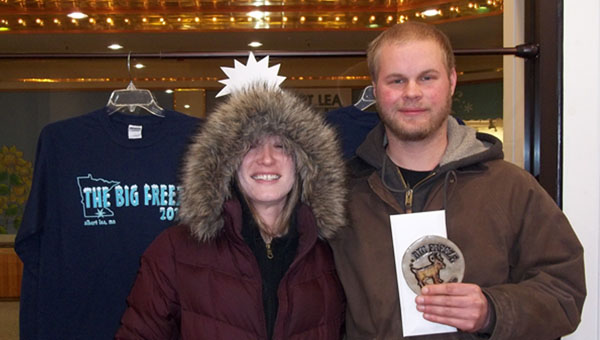 Nate Johnson and Holly Nelson of Albert Lea stand with the Big Freeze medallion Tuesday morning at the Albert Lea-Freeborn County Chamber of Commerce. Johnson and Nelson found the medallion at the boathouse at Brookside Park. -- Submitted photo

The medallion has been found.

Nate Johnson and Holly Nelson have found the Big Freeze medallion. They discovered it in the boathouse at Brookside Park.

They win $450 in Chamber Bucks