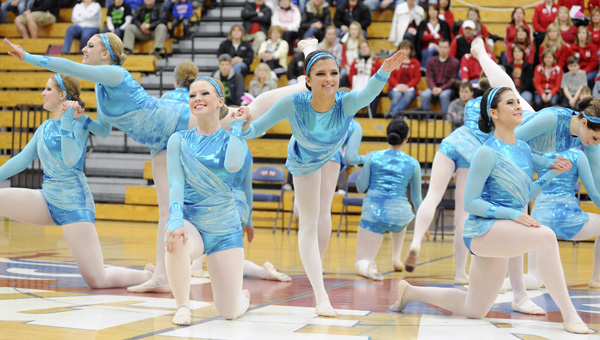 Both finishes were the highest Albert Lea has placed in the section meet since Allision Ciota began coaching the team six years ago.

“The Albert Lea dance team gave two flawless, really clean performances,” Ciota said. “It was the highest level of skill I’ve seen from our individual dancers at any time in six years of coaching. Our dancers skill level has continued to get higher and it was amazing to see them peak at section.”

Ciota said that the team’s high kick routine had excellent timing and precision.

“The clarity of formation was what made it stand out above many of the other teams Saturday,” she said.

In the jazz competition, Ciota said she was proud of the team’s stage presence.

“The energy that they carried what exactly what we were asking for,” she said.