Authorities looking into death of woman 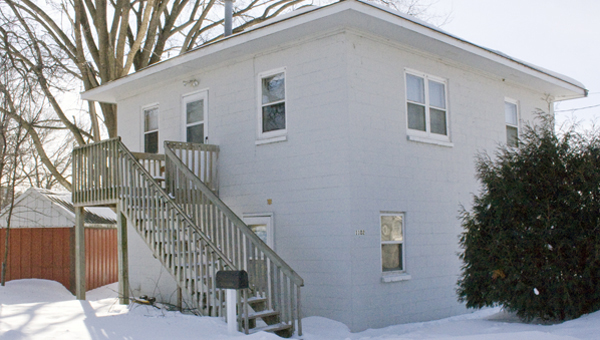 A 34-year-old woman was found dead in this house, 1102 Ramsey St., this morning. Authorities stated the cause of death is unknown at this time. -- Sarah Stultz/Albert Lea Tribune

Authorities are investigating the death of a 34-year-old Albert Lea woman who was found dead inside her home on Ramsey Street Tuesday morning.

According to a news release, officers, paramedics from Albert Lea Medical Center and a medical examiner were dispatched to 1102 Ramsey St. at 8:42 a.m. Tuesday, where they found the woman.

She has been identified as Heather Michael Qualley.

Albert Lea Police Lt. Darin Palmer said there was no indication as to the cause of the woman’s death.

“There were no real signs of anything, but it’s unusual for a 34-year-old to pass away,” Palmer said.

The woman was taken to the Dakota County Medical Examiner’s Office, which is standard procedure under unknown circumstances.

Palmer said anytime a person under the age of 50 dies under unknown circumstances, he or she is taken to the Dakota County Medical Examiner’s Office. He did not know a timeline for when the results of the autopsy would come back.

He said the incident was reported by someone who came to the house and reportedly found Qualley. When authorities arrived at the house there were several people there. They were all interviewed by police.

No one has been taken into custody.

Look to the Tribune both online and in print for more information as it becomes available.