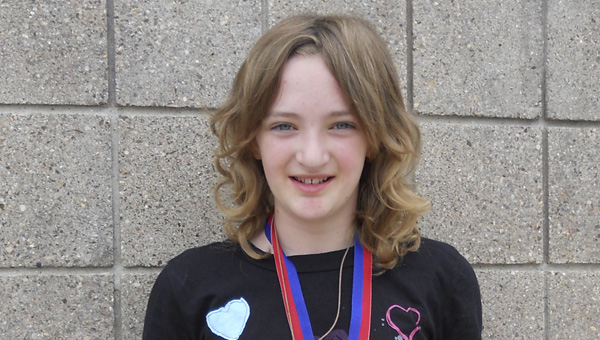 A sixth-grader from Albert Lea will go to the Southeast Minnesota Final spelling bee as an alternate on Tuesday.

Katie Boettcher, daughter of Cassie and Todd Boettcher of Albert Lea, goes to Hawthorne Elementary School. She won her school’s spelling bee and won first place in the district against fifth-, sixth-, seventh- and eighth-graders at Southwest Middle School.

She then went on to compete against students throughout southern Minnesota on Feb. 15 in Rochester. Against 31 other students, Katie got seventh place. The top six competitors move on to the Southeast Minnesota Final on Tuesday, and Katie will step in if one of the six competitors can’t compete for any reason.

The winner on Tuesday will go to the annual Scripps National Spelling Bee in Washington, D.C., in June. Katie said she was nervous to compete against older students.

“I was kind of nervous, but I tried not to show it,” Katie said.

She said she was proud to correctly spell “machismo” and said no one expected her to get it right. “Angst” tripped her up and landed her in the seventh-place spot. Even if she doesn’t compete, Katie said she’s excited to go to the competition on Tuesday to watch the other students.

“I didn’t expect to get this far,” Katie said.

Katie’s dad, Todd, said he was proud of her for competing against much older students and holding her own.

Katie enjoys reading fantasy and science fiction books, and her favorite books are in the “Gregor the Overlander” series.