Hummingbirds have a high metabolism

“Everything is nearly copacetic. I become lost in the winter. I know this state like the back of my hand, but that does me no good when I’m wearing gloves. I was just talking to my cousin, the one who was picked on all the time when we were kids. He was picked on because of his name.”

“Someoneyourownsize. He’s so full of hot air, he can whistle through his ears. He’s a talker. He comes by it natural. His mother is a woman and his father is an auctioneer. His family is a proud but vacant lot. Someoneyourownsize and I had a great uncle die recently. I was unable to attend the funeral so I called my cousin and told him to get something nice for our late relative and send me the bill. In a couple of weeks, I got a bill for $200. I paid it. The next month, I got another $200 bill. I paid it. Bills for $200 kept coming every month. I called Someoneyourownsize and asked him what was going on. He told me, ‘You said to get something nice for the dearly departed. So I rented him a tuxedo.’”

It’s a jungle out there 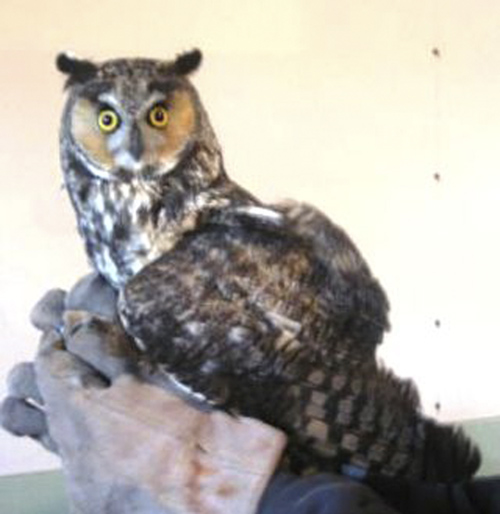 I saw a cat in my yard. I didn’t know whose cat it was or if it belonged to anyone. It had the body of an animal that was well-fed. The cat walked a trail through the snow that had been forged by pheasants. There were a number of pheasants scratching in the snow under my bird feeders. The cat went into a stalking mode, approaching the pheasants in a way it hoped would not spook the birds. All the pheasants moved away from the feeders except for a single rooster that continued to excavate snow. The cat jumped at the pheasant with clawed front feet flailing. The rooster flew just in time and landed in a tree. The cat’s attempt to catch a pheasant had failed. The cat stared up into the branches for a minute. Then the feline clawed a hole in the snow and used it as a litter box.

Carried away with carrion

I spotted a young red-tailed hawk feeding upon carrion on the side of a highway. Winter can be cruel and hunting can be difficult, especially for a youthful raptor without the advanced hunting skills of an adult. Even adult birds find the need to scavenge. I visited Hidden Creek in Albert Lea and the wonderful residents there showed me a pair of bald eagles (one adult, the other a young one lacking the white head and tail) that were feeding on a dead deer not far from the windows of that home for many. Eagles have a taste for venison and often feed on roadkilled deer. In a peculiar twist, four deer watched intently as an eagle fed upon one of their fallen comrades.

“Why do some deciduous trees keep their leaves well into winter?” I see this exhibited in oak trees, particularly red oaks. Marcescent is the term used for a tree that holds its leaves through the winter. In autumn, the leaves of most deciduous trees develop an abscission layer where the petiole (leaf stalk) meets the branch. This allows the leaves to fall off without leaving an open wound. Dry leaves remain if abscission layers didn’t occur. Marcescence is often a juvenile trait and might disappear as the tree matures. Leaves sometimes persist only on scattered branches. Marcescence is based upon genetics, but weather plays a part. Early frost kills leaves before abscission layers form.

One researcher believes the leaves are maintained in order to combat limited fecundity. When the tree sheds it leaves in early spring, they provide mulch that gives nourishment during the growing season.

“How far south do ravens occur in Minnesota?” Typically, as far as Sherburne, Anoka and Chisago counties. Reports slightly south of those are increasing.

“Rabbit and squirrel tracks in the snow look the same to me. How can I tell which is which?” Cottontail rabbits and squirrels do leave similar-looking tracks in the snow. They are made with the large hind feet placed just ahead of the smaller front feet as they move through the snow. Squirrels typically leave front paw prints side-by-side. Rabbits usually place their front feet at a slight diagonal. Rabbit tracks are slightly larger, and their trails are not likely to disappear at the base of a tree.

A team of behavioral scientists at Wofford College in South Carolina taught a female border collie to understand 1,022 words.

The long-eared owl, like some other owls, has asymmetrical ear openings. The opening for its left ear is higher than the right. This positioning helps the owl locate prey by sound.

“You can rush to consult your Nature guide and inspect the gallery inside, but a bird in the open never looks like its picture in the birdie books — Or if it once did, it has changed its plumage and plunges you back into ignorant gloomage. That is why I sit here growing old by inches, watching a clock instead of finches, but I sometimes visualize in my gin the Audubon that I audubin.” — Ogden Nash