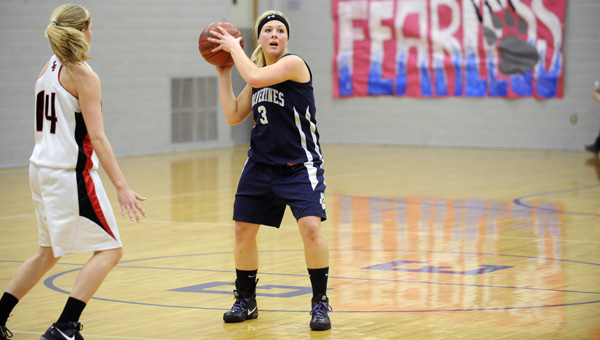 “I thought we hung with them in the first half,” Glenville-Emmons coach Lisa Ziebell said. “The girls played tough defensively, But I knew Spring Grove’s running game would wear on us.”

The Lions used that running games as they went into halftime with a 31-18 lead over the Wolverines.

“I told the girls the longer we kept the ball our of their hands, the less they can score,” Ziebell said.

The Wolverines shot 9-of-31 from the field and shot 7-of-11 from the free throw line.

Along with Van Ryswyk’s 13 points, Emily Belshan had 8 points for the Wolverines.

Glenville-Emmons is back in action on Monday as host Immanuel Lutheran.