Local pack has been growing 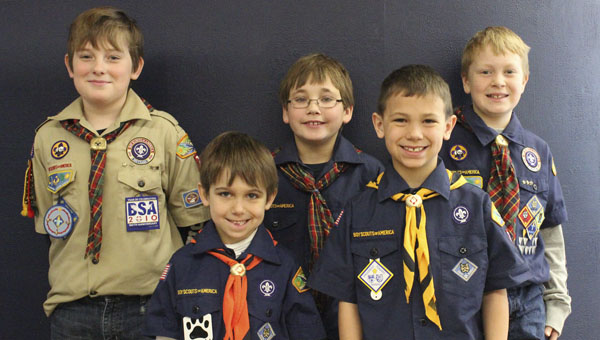 A local Cub Scout pack has been steadily growing for the past three years. Pack 7 Leader Mike Boettcher said he likes to have lots of activities to keep the youngsters interested in scouting. 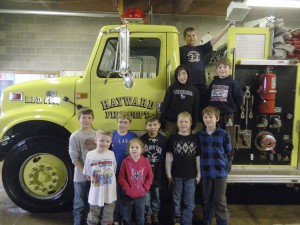 Cub Scouts are boys in first- through fifth-grade. After the fifth-grade they graduate to become Boy Scouts. Currently there are about 35 Cub Scouts in Pack 7, which is just one of the five Cub Scout packs in Freeborn County.

“A lot of stuff we do is to keep them active until the camps,” Boettcher said.

Because the boys like summer camps so much, Boettcher tries to find fun activities for the winter months. One such activity just took place — the Pinewood Derby Race. The boys made their own cars out of wood and raced them during one of their monthly meetings.

Other events include the Blue & Gold Banquet, which celebrates the pack’s anniversary. 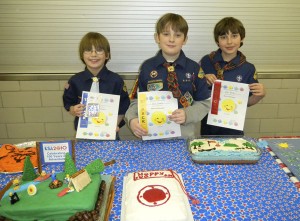 Members of Pack 7 said they enjoyed a cake decorating contest they had recently. Pack 7 also does a yearly fundraiser selling candy bars in the fall.

Boys also said they enjoy camps in the summer and spending a weekend at Norseland Scout Camp near St. Peter, where they can go sledding and get to help cook and clean.

“Also we get to go on nature walks,” Colin Laurie said.

The summer camps are full of activities like swimming, archery, and how to use slingshots and BB guns. 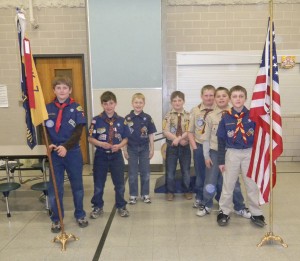 All activities are geared toward helping the scouts get pins, badges, ribbons or beads. Boys of each age have their own book and different achievements to strive for.

During monthly meetings Boettcher tries to arrange for a speaker or other activity that helps the scouts learn. Past speakers include a firefighter, police officer and astronaut. Boettcher is looking forward to one of the next meetings where Alliant Energy workers will bring smaller-sized electrical lines and explain electricity to the boys.

Scouts also do service projects and must collect a certain number of hours. Pack 7 cleans up the stands at Hammer Field after soccer and football games as a service project.

Other projects include going to St. John’s Lutheran home and caroling during the winter and planting gardens in the summer.

Boettcher said the pack is so large because of help from parents and local businesses who donate to various events.

Boettcher encouraged interested parents to call a pack leader and attend a meeting. Kids can be in any pack regardless of what school they attend.