Montana man injured in crash on I-90 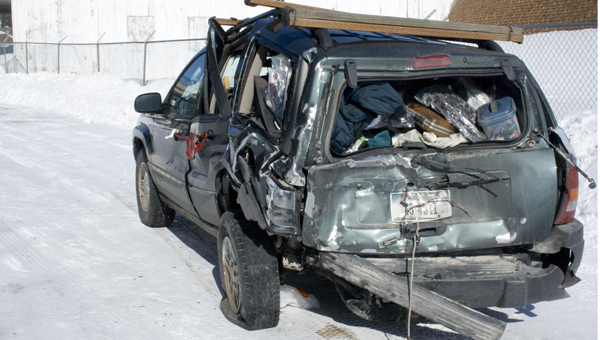 A 2004 Jeep involved with a crash on Interstate 90 Thursday morning sits to the side of Big Toe Excavating and Towing Thursday afternoon. The Montana man driving the car was reportedly injured after he was rear-ended by another vehicle.--Sarah Stultz/Albert Lea Tribune

A 64-year-old Montana man was injured Thursday morning after his car was reportedly rear-ended by another vehicle on eastbound Interstate 90 near mile 152.

According to the Minnesota State Patrol, John W. Bennett, of Darby, Mont., was driving slow or was stopped in the eastbound traffic lane when he was rear-ended by Richard L. Borge, 67, of Alden, in a 2011 GMC Sierra.