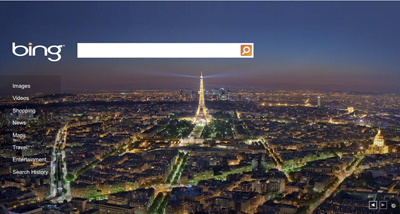 Is the age of Google over? No. However, I find Bing has a level of intuition that Google is lacking.

I remember search engines back in 2000 and 2001, when Google came to prominence. The wide field of search engines all seemed to produce commercial clutter. They wanted to sell me everything. If I, say, searched for the website of a county historical museum, the search engines would give me a variety of art sellers or frame sellers or antiques sellers and things like that. Buried in the results was the one I sought. Google gave users the museum website. At the top. Simple.

Those days are long over. Now search engines need to account for the “of course!” and “duh!” factors that users have when they type in searches. They need to be intuitive.

For example, in the past week, I had to search for various Super Bowl-related items. Often, Google produced results for last year’s Super Bowl. Same with Yahoo. Bing’s results pertained to this year’s Super Bowl. Of course! Duh! In the week before the Super Bowl, I shouldn’t have to type the year to make a search engine understand which Super Bowl contest I am seeking.

It’s almost like Google is your friend who doesn’t follow American pop culture, and Bing is the one who does.

Microsoft deserves credit. It has a produced a better search engine. I have changed the bookmark on my Firefox web browser.

LGA is critical to business in Greater Minn.