Sagers’ 28 and 27 lift Tigers over Packers 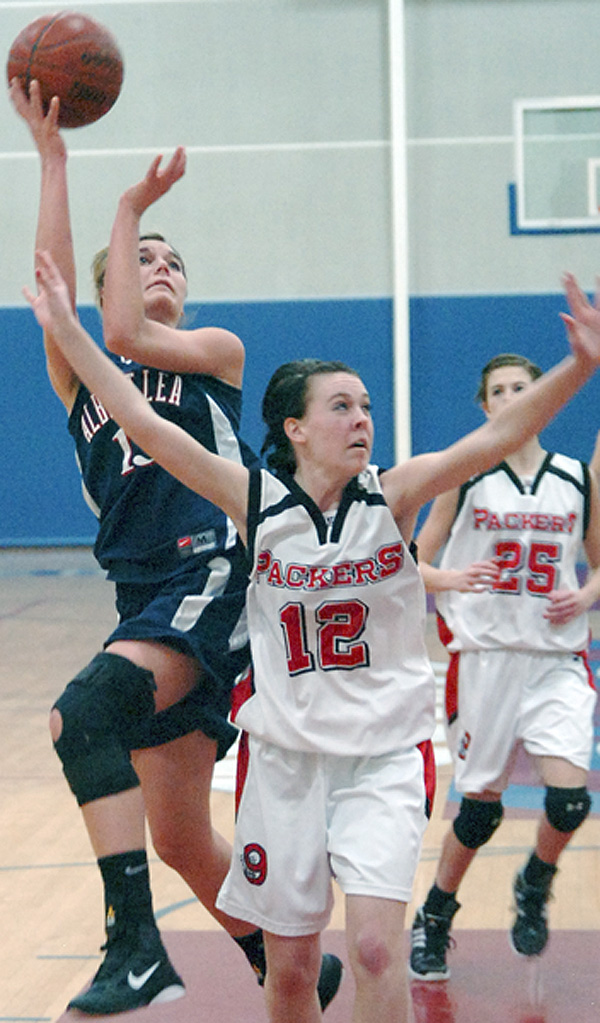 The Tigers at one point held a 16-point lead with 3 minutes and 31 seconds left in the game.

But the Packers made things interesting.

Austin used a 14-2 run to cut Albert Lea’s lead down to five points with 18 seconds left in the game.

Sager then pushed the Tigers lead back to seven points as she hit two free throws with 13 second left.

Austin hit a two-point jumper with three seconds left to cut the lead to five, but it wasn’t enough as Albert Lea secured the victory.

Alyssa Sager ended the night with 28 points on 10-of-25 shooting.

“I went out there tonight and left it all on the court,” Sager said. “It was senior night and I just wanted to play my hardest for the team and for the fans.”

Along with Sager, seniors Anderson and Taylor both scored 12 points, while Stoneking chipped in eight points.

Albert Lea also hit the boards hard as a team on Friday as the Tigers out rebounded the Packers 75-55.

“The rebounds make a big difference,” Tigers coach Sean Gillam said. “I think for the last two games, against Rochester Mayo and Austin, we’ve hit the boards the way we needed to hit the boards.”

The huge advantage in free throws also helped the Tigers get to the free throw line and get second chance scoring opportunities.

The Tigers ended up shooting 27-of-46 from the free throw line.

“The other thing with rebounding is when you get the rebound it allows you to push the ball,” Gillam said. “We got a lot of layups in transition and if we’re getting those boards on the offensive end, it allows us another chance to shoot or get them in more foul trouble and that’s what we did tonight.”

With the win, the Tigers conclude their regular season with a 5-19 record and a 5-13 record in the Big Nine.

The game marks the last time that seniors Alyssa Sager, Skyler Anderson, Taylor Friehl and Emily Stoneking will play at the Albert Lea High School gym in a Tigers uniform.

“It’s really sad,” Sager said. “I’ve been playing on this court for four years. It was fun. It was good to end it on a good note with a win.”