The funeral service for Sharon Elaine Morreim will be at 10 a.m. Saturday at Central Freeborn Lutheran Church. The Rev. Matthew Griggs will officiate. Interment will be in the Central Lutheran Church Cemetery. Visitation will be from 4 to 8 p.m. Friday at Bonnerup Funeral Service, Albert Lea and one hour before the service at the church. 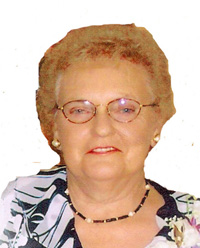 Sharon was born in Albert Lea on April 15, 1936, the daughter of Gail and Leona (Christianson) Larson. She had been a Freeborn County resident all of her life, graduating from Freeborn High School. She was married to Phillip O. Morreim on June 6, 1954, in the Congregational Church at Freeborn.

Sharon was a member of the Central Freeborn Lutheran Church where she was active in many church projects; serving group, quilters, circle, Altar Guild, choir and taught Sunday School. She worked on the family farm including milking cows. She also did income tax work for many years and was bookkeeper for Morreim Drainage.

Sharon enjoyed golfing and gardening, but quilting was her greatest love, entering many quilts and beautiful hand work to the Freeborn County Fair where she became a State Fair Champion, also grand champion at the Steele County Fair. Sharon was a loving wife, mother, grandmother and great grandmother. She was a hard working, caring person.