The funeral service for Thomas L. (Tom) Aman of Albert Lea will be at 1 p.m. Friday at Calvary Baptist Church Albert Lea. The Rev. Mark Miller and the Rev. Jeff Laeger-Hagemeister will officiate. Interment will be in Hillcrest Cemetery. Visitation will be from 4 to 7 p.m. Thursday at Bonnerup Funeral Service and one hour before the service at the church. Military honors will be accorded. 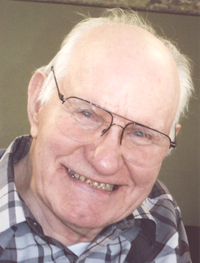 Thomas was born Dec. 1, 1928, at Sexton, Iowa, to Charles and Gertrude (Steven) Aman. He graduated in 1946 from Mason City High School, Mason City, Iowa. Thomas grew up in Whittemore, Iowa, then moved to Mason City and later to Albert Lea. He married LuAnn Nielsen on Aug. 5, 1950, in Albert Lea. Thomas was a member of the Calvary Baptist Church where he had served as a deacon and Sunday school teacher. He also was on the Board of Christian Education and was their church sound technician. Thomas began working as a projectionist for the Broadway and Rivoli Theater. He worked for Johnny’s Electronics and in 1958 started Tom’s Radio & TV Service. He retired at the age of 62. Thomas was a veteran of the U.S. Army in communications. He belonged to the American Legion. Thomas enjoyed going to air shows, the Minnesota Twins and Vikings. Thomas always had a firm hand shake, smile and a love for conversation.