Tigers knock off pair of No. 8s 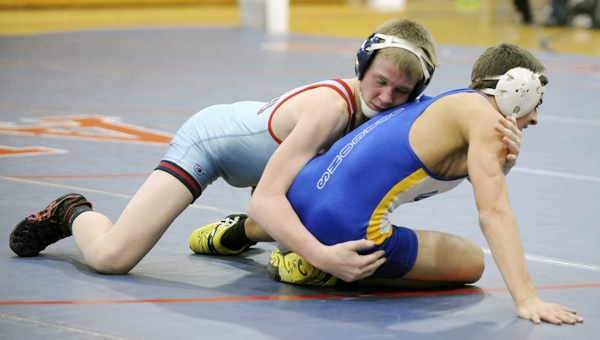 The Albert Lea Tigers wrestling team hasn’t shyed away from a tough schedule this season and has been able to knock off ranked teams all season.

“Our team rises to the occasion against these ranked teams,” Tigers head coach Larry Goodnature said. “They like the challenge and they’re wrestling great.”

The Tigers got two falls and two technical falls against Coon Rapids, including from 215-pounder Caleb Gaudian, who pinned No. 5-ranked Mike Burckhart.

“That was the match of the night,” Goodnature said. “That’s a big win that will give Caleb confidence.”

In a competitive Adrian dual, five matches came down to one points — the Tigers won five and lost two.

At 119 pounds, the Tigers’ Garrett Wangsness defeated Drew Strand 3-1 with a takedown in the final two seconds. The two wrestlers were scoreless after the first period and each had an escape until the closing seconds.

“Adrian was a really good team and we just outwrestled them,” Goodnature said. “The last two nights have been total team effort by everyone whether they win or lose. I love the way we compete.”