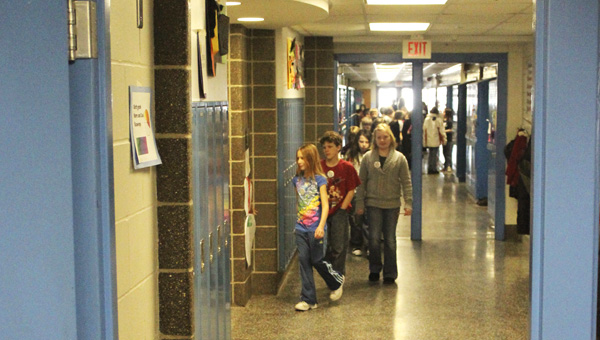 While Wisconsin Gov. Scott Walker plows ahead with his plan to remove collective bargaining rights from Wisconsin public workers, the nation watches, including many public workers in the Albert Lea area.

Patrick Neilon, president of the local chapter of the United Food and Commercial Workers Union headquartered in Albert Lea, said he thinks taking away collective bargaining rights is a step too far.

“Taking extra steps to strip bargaining rights is going way too far, especially in light of the fact that they’ve come out publicly to say they’ll give concessions,” Neilon said.

Neilon gave the example of the Albert Lea police officer’s union who took pay cuts last year to keep staffing at the same level. He said unions historically have agreed to concessions when times are tough.

Albert Lea resident and professor at Waldorf College David Behling said though unions can add a level of antagonism to the working relationship between faculty and administration, attempting to destroy the unions would be going too far.

“If there’s no union, what protects these teachers, janitors, social workers, etc., from having a workplace safety undermined or unfair wages?” Behling said. “If there is no union watchdog involved, what protects the lowest levels of the government heirarchy from abuse by their supervisors or the bullying politicians who make decisions about working conditions and compensation?”

With Senate Democrats still missing, Walker presented the second part of his two-year spending plan to the Legislature on Tuesday. It relies on getting concessions from government employees to help pay for about $1 billion cuts in aid to schools, counties and cities while avoiding any tax or fee increases, furloughs or widespread layoffs as lawmakers grapple with a projected $3.6 billion shortfall.

Jamie Domini, a project coordinator at Badger Rock Middle School in Madison, said Walker’s proposal — which includes an 8 percent cut in aid to schools amounting to about $834 million — would “completely gut the public education system in Wisconsin.”

Walker, whose cost-cutting ideas have stirred a national debate over public-sector unions, said it was time for government to be “leaner and cleaner.”The governor also proposed requiring school districts to reduce their property tax authority by an average of $550 per pupil — a move that makes it more difficult for schools to make up the lost money.

“This is a reform budget,” Walker told lawmakers inside the Assembly chamber as protesters on the floor below screamed, banged on drums and blew horns. “It is about getting Wisconsin working again, and to make that happen, we need a balanced budget that works — and an environment where the private sector can create 250,000 jobs over the next four years.”

Walker said eliminating most collective bargaining rights for public-sector workers would give state agencies, local governments and school districts flexibility to react quickly to the cuts. But his plan to do that is in limbo after Senate Democrats fled the state to prevent a vote. The proposal has drawn thousands of protesters to the Capitol over the last three weeks.

Walker asked for $82 million in tax cuts, including an expanded exclusion for capital gains realized on investments made in Wisconsin-based businesses. The Legislature previously approved more than $117 million in Walker-backed tax cuts that take effect later this year.

Walker targeted many law changes passed by Democrats in recent years, including a provision awarding prisoners time off their sentences for good behavior. Instead, Walker would reinstitute a truth-in-sentencing law that he sponsored while a member of the Assembly.

Over the next several months, the Republican-controlled Legislature will review Walker’s budget and offer revisions, with the expectation that lawmakers would vote by early summer.

Minnesota Sen. Dan Sparks said he doesn’t think the debate over public employees benefits will cross the border from Wisconsin.

“Minnesota’s teachers and public employees already contribute even more of their income toward retirement and health care than they are being asked to commit in Wisconsin,” Sparks said.

Sparks also said other aspects of the issue could have implications in Minnesota.

“Wisconsin employees are waging an important fight to keep their rights and respect in the workplace,” Sparks said. “I hope they are successful because in this economy, we should be working together to create more jobs instead of demonizing the ones that do exist.”

Albert Lea High School teacher Robin Brown, a former District 27A representative, agreed that while interesting things are happening in Madison, people need to be paying attention to what’s happening in Minnesota’s Legislature.

“Wisconsin may be getting the national news, but the Minnesota Legislature has proposed legislation that would circumvent the collective bargaining process by freezing teacher wages while ignoring the double digit increases in health insurance costs that drive up the overall cost of school personnel,” Brown said. “Let’s not lose sight of equally precedent changing legislation that is quietly moving forward at our own Capitol.”