Photo ID for voting would save money

To a fair amount of attention, a well-conceived bill to require photo IDs for voting has been introduced in the Minnesota Legislature this session. This would be an important and long-overdue election reform, but one that has been stymied by DFL leadership, more so than by rank-and-file DFL lawmakers; 10 DFL House members voted for it in the last legislative session. With a new Republican majority at the Legislature, the bill probably will be passed this session, one way or another. 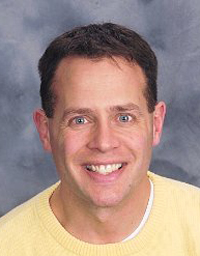 Opposition by DFL leaders to this common-sense measure persists, even though more than 80 percent of Americans, an overwhelming bipartisan majority of voters, favors it, according to a recent Rasmussen poll. Older polls of Minnesotans also showed exceedingly high levels of support.

Regardless of party, legislators and others often focus on fraud as it relates to photo ID, with DFLers regularly claiming there is no substantial fraud to eradicate and Republicans just as regularly noting there simply is no adequate system in place to detect fraud. Clearly, though, requiring photo ID would dissuade people who might be inclined or intent on corrupting our elections.

Beyond matters of election integrity, almost always buried when the requirement of photo ID is discussed, is the way it could radically improve election administration overall. As attributes go, this one is as valuable as any promised by requiring photo IDs to vote.

The combination of photo ID and electronic poll books would provide several benefits.

The technology would save counties thousands of dollars in data-entry expenses after every election; savings are estimated to be $25,000 to $45,000 per election in Hennepin County alone.

New registrants would simply swipe their photo ID cards to populate the fields in the state’s computerized voter-registration system, rather than writing out a card to be data-entered later, as happens now. This could speed up the voting process considerably and eliminate lines for the approximately 20 percent of voters who register on Election Day.

Sign-in lines would virtually disappear, as there would be no need to line up by parts of the alphabet to sign in.

In the upcoming weeks, there will be important discussions on the implementation of photo ID and on how to overcome a few small, but not inconsequential, challenges.

For one thing, there will be options on how to equip citizens with IDs. It probably makes sense to give state ID cards to voters who can’t afford them; the estimated cost of doing that is less than $30,000.

Also, there will be some difficult scenarios, like those experienced by overseas and absentee voters and nursing home residents, which will have to be addressed. Certainly, legislators are clever enough to figure out how to deal with these issues.

The implementation of photo ID for voting is long overdue and worth applauding in terms of election integrity. It also is worth the effort for cost savings and for more efficient election administration.

Kent Kaiser is a faculty member at Northwestern College in Roseville and a Center of the American Experiment senior fellow. He formerly served as communications and voter-outreach director for Minnesota Secretaries of State Mary Kiffmeyer, a Republican, and Mark Ritchie, a DFLer.