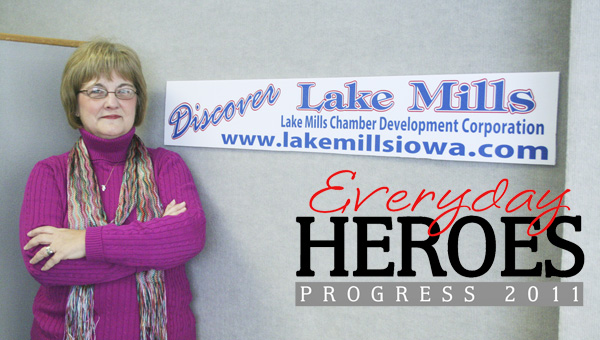 400 layoffs are estimated because of downsizing at the Cummins Filtration plant in Lake Mills, as it prepares to move a portion of its facility to Mexico. Although the company has delayed a major downsizing to the second business quarter of 2011, Cummins has already let more than 150 employees go. Cummins is projected to lay off another 200 workers in the spring.

3 people, Hoffman, Mark Skaar of KIOW radio and Carol Peterson of the Iowa State Extension Service, joined forces to form the Community Cares Coalition. With Lake Mills already reeling from layoffs at the Winnebago plant, Hoffman spearheaded this coalition to bring together local resources to assist people being laid off.

7 categories of community support are represented in the CCC: financial/budgeting assistance, food banks and food assistance, health/medical/dental/family resources, housing, mental health/counseling, workforce/employment and utility assistance/weatherization. More than 50 phone numbers of local people and agencies are listed in the CCC directory for those who need assistance to call.