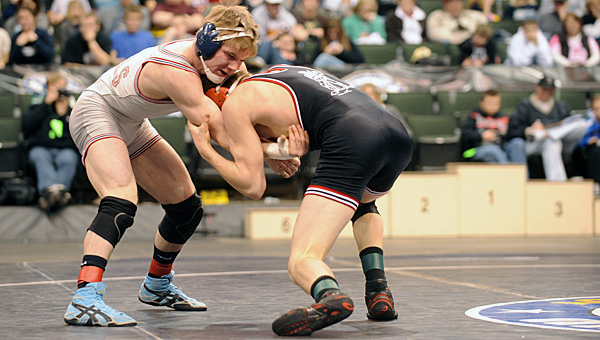 Dylla won three matches en route to a spot in the finals before running into No. 1-ranked Poster. Dylla kept it close during the first two periods and trailed 3-2 entering the third. Poster scored a three-point near fall, takedown and penalty point in the final two minutes to win.

“My goal was to make it to the finals,” Dylla said. “I had the draw you do it in and I came up and did it. I have no regrets.”

“He’s not a naturally gifted wrestler but he’s always working hard,” Eytcheson said. “If you’re willing to listen and learn you can get to a state final. (Dylla) proved it.”