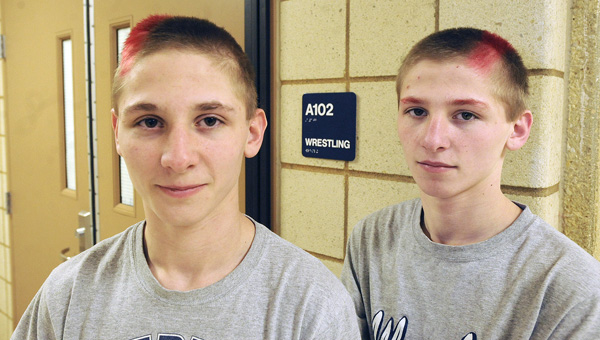 Garrett, left, and Dakota Wangsness wrestled at 112- and 103-pounds, respectively, this season and led the Albert Lea wrestling team to a Big Nine and Section 1AAA championships. The twin brothers were the first two to wrestle for Albert Lea at nearly every match this season. -- Andrew Dyrdal/Albert Lea Tribune

Known as the team’s pranksters, twins Dakota and Garrett Wangsness are a lighthearted presence in the Albert Lea Tigers wrestling locker room. But when the whistle blows they’re all business. 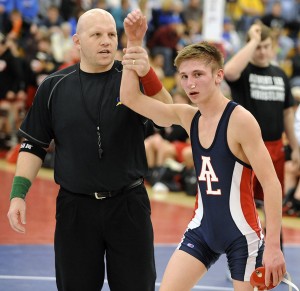 Albert Lea’s Garrett Wangsness’ arm is raised in victory earlier this season at The Clash National Wrestling Duals in Rochester. He and his twin brother, Dakota, have been an important part of the wrestling team’s success this season. -- Andrew Dyrdal/Albert Lea Tribune

“They hate to lose,” Tigers coach Larry Goodnature said. “They’re fun kids and kind of little jokesters but they’re so intense that I don’t like to wrestle them in the same room together. They’re so physical that they beat each other up.”

Dakota and Garrett have been the wrestling team’s 103- and 112-pounders, respectively, all season, wrestling back-to-back to start each match. As the first two Tigers wrestlers to take the mat, they’re responsible for igniting the momentum so crucial to the sport — a job they’ve handled outstandingly.

“They get the ball rolling,” Goodnature said. “It’s really great to have those two guys start us out.”

The twins’ biggest moment this season came when they both secured wins against Owatonna on Jan. 19 in the Section 1AAA championship match.

Dakota opened the match by pinning Owatonna’s Brenden Buryska in the second period, and Garrett beat Nick Scheffert on a takedown in triple overtime minutes later. It was a defining moment in the 16-year-old brothers’ young careers as it propelled the team toward a state tournament berth.

“I stood and pointed out to the rest of the team that that’s what we need to do,” Goodnature said. “They’re non-stop. If you’re going to beat them you better be in shape to go six minutes because they don’t tire, and they don’t quit.” 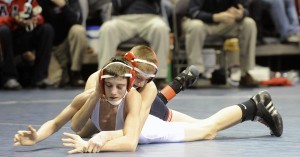 Dakota and Garrett, especially, have won many matches this season in the final seconds, prompting Goodnature to call them “goers” who have taken the team’s motto of “Never Give Up” to heart.

“There’s no stopping them,” Goodnature said. “They definitely fit our motto.”

This season was Garrett’s second and Dakota’s first on varsity. While talented, Dakota was too small to make the cut last year. Since making the jump from junior varsity, he’s won a Section 1AAA championship and skyrocketed to the No. 3-ranked 103-pounder in the state, all while taking his role as leadoff seriously.

“It pumps me up knowing I can pump up my team by going out there and winning,” Dakota said. “I go out there and try my best every match.”

Dakota’s “best” landed him in the individual state tournament which begins Friday at the Xcel Energy Center in St. Paul. And while he won’t be wrestling directly in front of his brother then, in a way he will.

“I’m going to be his biggest fan,” Garrett said. “I’m not really nervous about the team but I’m nervous about Dakota individually.”

Dakota and Garrett will be back on the mat together at 11 a.m. Thursday as the Tigers wrestle Hopkins in the first round of the Class AAA state tournament at the Xcel Center.

For the individual section and upcoming state tournament, Dakota and Garrett dyed red stripes in their hair. They said they wanted the whole team to join them but were ultimately the only two that did. For good measure Dakota even dyed his eyebrows red, too. 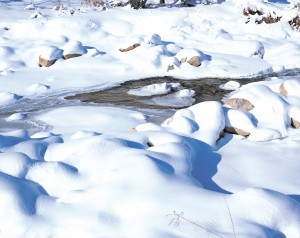