Albert Lea’s 1st Ward gets ready for a council election

In less than a week, two men from Albert Lea’s 1st Ward will face off to become the next member of the Albert Lea City Council.

After having a vacancy in the council position for about five months, 1st Ward voters will cast their ballots Tuesday to determine their new councilor.

Listed on the ballot will be Dave Klatt, of 1309 Oriole Drive, and John Schulte V, of 212 Lee Place.

Klatt is married with three children and is the owner of Dave Klatt State Farm Insurance, where he is also an insurance agent and financial services adviser. He moved to Albert Lea more than 16 years ago and has since served in numerous volunteer capacities. 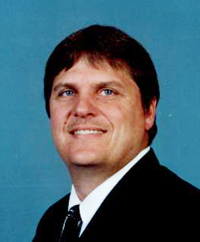 Schulte is married and is a partner at Jones, Haugh & Smith in Albert Lea, where he is a licensed civil engineer. He moved back to Albert Lea in 2004 after attending the University of Wisconsin-Madison. In his work, he has had experience working with other city councils.

The Tribune interviewed both Klatt and Schulte one last time before the election, talking about topics ranging from the budget and whether there should be a change in the length of mayoral terms to whether they support the health initiatives taking place in the city.

The following is the candidates’ responses to the topics:

Klatt said he is opposed to the idea that the council will either have to raise taxes or cut services in the case of any dramatic cuts from the state to the city’s local government aid.

“We need to look at every line item, and we need to modernize to fit our needs,” he said. “Any time we have the opportunity to save money, do it and put it away.”

He added he also thinks the city will get help from attrition and retirements.

Klatt said he doesn’t think the city will get cut hard on LGA this year, though the next couple years may be a different case. 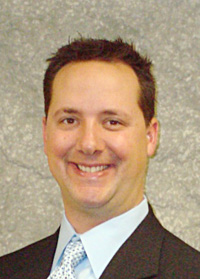 “I don’t think our city is falling apart by any means,” he said. “It’s just we have to save wherever we can.”

Schulte said he has some ideas for the budget but they require more research before he wanted to discuss them. However, both Klatt and Schulte said they were in favor of fighting for positions of firefighters and police officers because of a goal of safety.

“I believe safety is our first goal,” said Klatt, who was on the Albert Lea Township Fire Department for more than seven years. “When I look at even street projects, I ask, ‘Is it safe?’”

Schulte referred to a survey that residents were asked to fill out a couple years ago. The survey listed police and fire services as the No. 1 and No. 2 services that people valued in the community.

In light of the discussion slated at the upcoming Albert Lea Charter Commission meeting about a potential change in the city’s mayoral terms, Schulte and Klatt said they both would be in favor of a four-year mayoral term.

Schulte said he thinks two years — the current term — is too short of a term for a mayor.

“It’s the leadership position,” he said. “To get something going and to get your plans developed you need more time.”

“When I’ve looked at other political seats that are only two years, you just learn the process and then you’re running for re-election,” he said. “If you’re not re-elected, you might not get some good things done.” 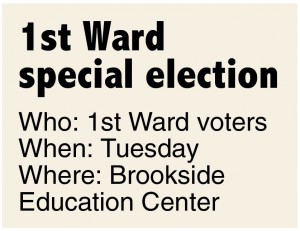 Both Klatt and Schulte said they were in favor of the community continuing forward with the vitality initiatives started with the AARP/Blue Zones Vitality Project in 2009.

“I hope we can continue to focus on it with the community,” Klatt said, noting that he thinks the project will move back to the forefront of people’s minds when the National Vitality Center opens and there is a coordinator and other regular activities there.

Referring to bike lanes, specifically, Schulte said he would have voted in favor of the Front Street bike lanes.

“I feel like the community has made a decision to move in that direction, in being more walkable, healthy, and once you make that decision, you need to stick to it,” he added.

Referring to other health initiative projects, Schulte said he would have to weigh the costs and benefits, but if they were something most people in his ward supported, he would be in favor of them.

Klatt said while he thinks local leaders have focused on the city’s assets when trying to encourage job growth, he is perplexed about why Albert Lea has come in second to new development on more than one occasion.

He said he also thinks something needs to be done to encourage the younger workforce to stay in the community.

Schulte said while he would like local leaders to focus on encouraging and strengthening existing businesses in town, he doesn’t think they can ignore the effort to “try and strengthen the manufacturing and industrial section of the city.”

“Strong manufacturing and industrial base is vital to maintaining the stability of a community,” he said.

When asked about their connections on the state level, Klatt said he knows current District 27A Rep. Rich Murray well, along with District 27 Sen. Dan Sparks. As a runner up to the metropolitan sports commission, he noted he has also had the opportunity to meet with several other people on a state level as well.

Schulte said he has a good working relationship with former District 27A Rep. Dan Dorman.

Klatt said the City Council will also have to face a lot of tough decisions in the near future.

“I think experience is pretty important,” he said. “With all of the things I’ve done, I have a real good background. A lot of time is going to have to be spent in finding the right decision for the majority of the people.”

He said he has freed up his schedule to take the time that is needed to make sound decisions, and he plans on retiring in Albert Lea.

Schulte said he has been out several days and most recent weekends covering a large part of the 1st Ward.

When meeting with constituents, he has heard concerns about keeping property taxes down, bringing manufacturing jobs, treating Fountain Lake in the summer, what to do about the Stables area and what to do with the former Albert Lea Country Club land.

Both men encouraged voters to take part in the Tuesday election.

The seat was vacated in November after former 1st Ward Councilor Vern Rasmussen accepted an immediate appointment as mayor.