Perfect by a run 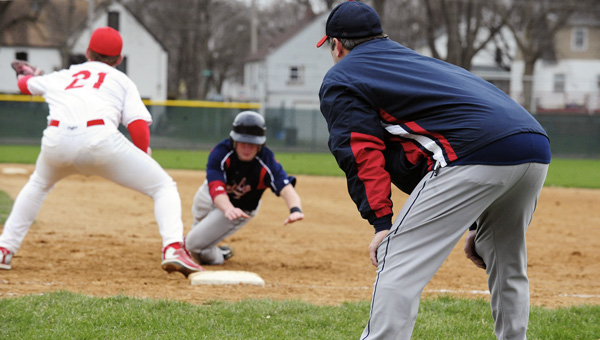 The Albert Lea baseball team was nearly perfect Thursday at Hayek Field. So was Austin.

With two Packers runners in scoring position in top of the seventh inning with one out, Tigers pitcher Aaron Klatt got the final two batters out without allowing a run, and Albert Lea hung on to win 1-0. 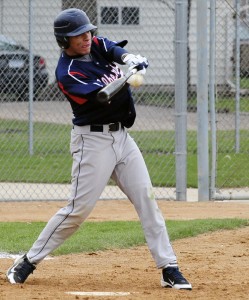 Albert Lea right fielder Makael Lunning hits a double to center field Thursday during the second inning against Austin at Hayek Field. Lunning had one of the team’s three hits and scored the game’s only run. -- Andrew Dyrdal

helped equalize the game between two teams moving in opposite directions. It was the Tigers’ sixth consecutive win to open the season and the Packers’ fourth consecutive loss.

The game’s only error — a throw in the second inning from the Packers’ shortstop that got away from first baseman Jacob Thompson — led to the game’s only run when Makael Lunning rounded third and scored off Ethan Abben’s grounder. Besides the one flub, the Packers’ defense was nearly flawless, successfully fielding many hard hit balls.

“It was good defensively on both sides,” Tigers coach Joe Sczublewski said. “It 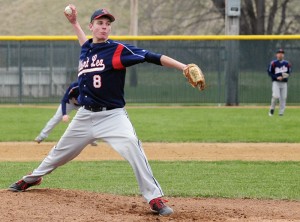 was a well-pitched game on both sides without a lot of offense. We hit the ball hard and they made some nice plays in the field.”

With one out in the top of the seventh, Packers’ (0-4, 0-3 Big Nine) Anthony Condit hit an infield single to third base on a close play at first. Josh Hart then singled to left, moving Condit to second. On a wild pitch, both runners advanced putting the game-winning run just one hit away. The next batter hit a chopper in front of home plate which Connor Kortan fielded, held Condit at third and threw to first base for the second out. Klatt struck out Jay Ettinger during the next at bat to end the game.

“Klatt had another strong performance for us again.”

Lunning, Klatt and Cody Haaland recorded the only hits for the Tigers (6-0, 6-0) who play again Monday in a doubleheader at Rochester Century (1-2, 1-2).