Funeral services for John Lee Walls, 69, of Albert Lea will be held at 2 p.m. on Monday at Bayview/Freeborn Funeral Chapel. The Rev. Grady Walls will officiate. Interment will be at the Hillcrest Cemetery with military honors accorded by Freeborn County area veteran’s organizations. Visitation will be from 5 to 7 p.m. Sunday at Bayview/Freeborn Funeral Home and one hour prior to the service. To sign the guest book, go to www.bayviewfuneral.com. 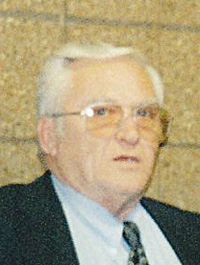 John Lee Walls was born on April 25, 1942, to Clinton and Liana (Stowe) Walls in Lamar, Okla. John grew up in Pittsburgh, Calif., and graduated from Pacifica High School in Pittsburgh, Calif.. John served in the United States Navy from 1960-1966. In Septembr of 1965 he married Diane Haukoos and they later divorced. On Nov. 11, 1983, John married Carol Nelsen. The couple resided in Albert Lea. Throughout John’s career he worked for various companies, including MI Water and most recently was assistant manager of Hardees. John’s favorite pastime was working on his computers.

John was preceded in death by his parents; and brother, Richard Walls.