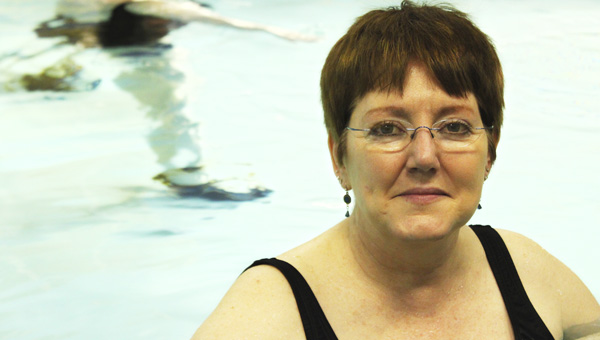 For a long part of her life, Albert Lea resident Becca Southwick could describe herself as an active woman.

Since she started coming to HealthReach fibromyalgia is much easier to deal with. -- Kim Kwapick/Albert Lea Tribune

But in 1992 — amid symptoms of chronic pain, fatigue, a sleep disorder and interrupted cognitive abilities — Southwick was diagnosed with fibromyalgia.

It was at that point her life changed.

Fibromyalgia is a disorder characterized by widespread musculoskeletal pain accompanied by fatigue, sleep, memory and mood issues, according to www.mayoclinic.com.

“It was like walking around with flu all the time,” she said. “It affects everything.”

For Southwick it also involved headaches, vision changes and hearing changes, among other symptoms.

“Hour to hour, day to day, I literally don’t know how I’m going to feel,” she said.

Having been diagnosed with the disorder almost 20 years ago, however, she has learned to treat it the best she can.

She takes medications for many of her symptoms, swims at HealthReach three times a week and tries to eat healthy. Sometimes even more important, she tries to keep a positive attitude.

Today, on National Fibromyalgia Awareness Day, Southwick said she wants people to know that fibromyalgia is an actual illness that deserves attention. 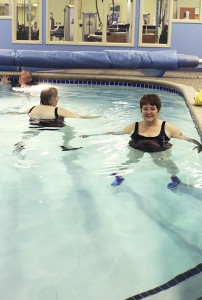 Becca Southwick swims every other day at HealthReach. Staying active helps with the pain she says. -- Kim Kwapick/Albert Lea Tribune

“It deserves research,” she said. “If you’re out there, and you have all these aches and pains and are feeling sick all the time, see a doctor.”

According to the National Fibromyalgia Association, an estimated 10 million people in the United States are affected by the disorder.

It is most prevalent in women; however, it does occur in men and children of all ethnic groups.

The association states that although researchers have uncovered a number of possible contributing factors toward the disorder, the cause still remains a mystery.

Southwick encouraged people with the illness to reach out to others and find someone who is supportive.

She said to deal with the illness she has had to adjust her lifestyle. She takes one thing at a time.

“Some days aren’t the best — we’re human — but if you have a better outlook on life and try to do the best you can with what you have,” Southwick said.

She noted she has learned to cope a lot better with the disorder after her doctor told her there was nothing she did to give herself the illness.

In addition to swimming, she also walks for her physical therapy. -- Kim Kwapick/Albert Lea Tribune

“It was the cards I was dealt with in life,” she noted.

She hopes to someday start a fibromyalgia support group that could meet once a month for group therapy.

What is fibromyalgia?
Fibromyalgia is a disorder characterized by widespread musculoskeletal pain accompanied by fatigue, sleep, memory and mood issues. Researchers believe that fibromyalgia amplifies painful sensations by affecting the way your brain processes pain signals.

Symptoms sometimes begin after a physical trauma, surgery, infection or significant psychological stress. In other cases, symptoms gradually accumulate over time with no single triggering event.