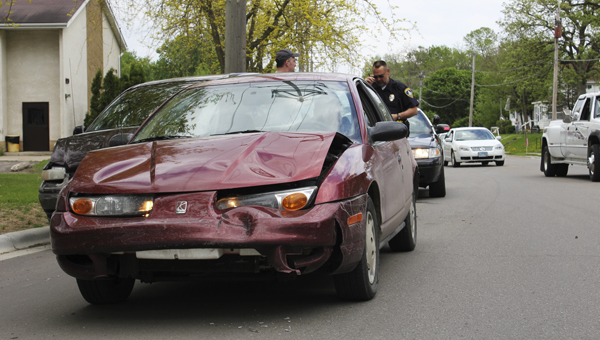 A 34-year-old Albert Lea woman received minor injuries Monday afternoon after a three car collision on Front Street near the road’s intersection with South Third Avenue. According to police, Lisa Kaye Olson, 44, of Albert Lea, was stopped on the road, waiting to make a left turn. Behind Olson was Melissa Ann Nesje, 34, who was also stopped.

A third driver, Troy Edward Steele, 40, reportedly didn’t stop and crashed into the rear of the second vehicle, causing this vehicle to hit into the first vehicle.

Nesje was injured but was not transported.

Two boats were reported broken into in docks on Fountain Lake on Saturday and Sunday, according to police reports.

At the first boat, at dock No. 222, life jackets were reported missing, along with rain gear. There was reportedly $100 in the life jacket, and $40 damage was estimated to the gas line. This incident was reported at 7:37 p.m. Saturday.