Iva Delores (Benson) Sletten, 79, of Clarks Grove, passed away on Sunday, June 26, 2011, at the Good Samaritan Center in Albert Lea. Memorial service for Iva D. Sletten will be held at the Clarks Grove Baptist Church on Friday. Service will be held at 2 p.m. with visitation one hour prior to the service. 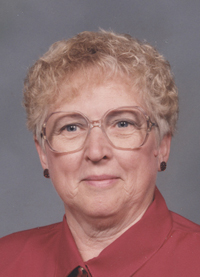 Iva Delores (Benson) Sletten was the daughter of William L. and Marion E. Benson. She was born on Sept. 29, 1931, in Geneva. Iva was a graduate of Ellendale High School.

Iva married Kenneth Sletten at the Clarks Grove Baptist Church parsonage on Nov. 25, 1950. They lived in Clarks Grove for nearly 60 years where they raised their six children. Iva was a homemaker but also worked various jobs and did volunteer work at her church and at the Good Samaritan Center. Iva loved to golf and fish. She was always ready to go to coffee with her lady friends. Her greatest love and joy was her family. She was a loving wife, mother, grandmother and great-grandmother. We will miss her beautiful smile.

Preceding her in death were her parents, William L. and Marion E. Benson; her sister, Garnice Newbold; and brother, William Benson II.