Crossroads at a crossroads 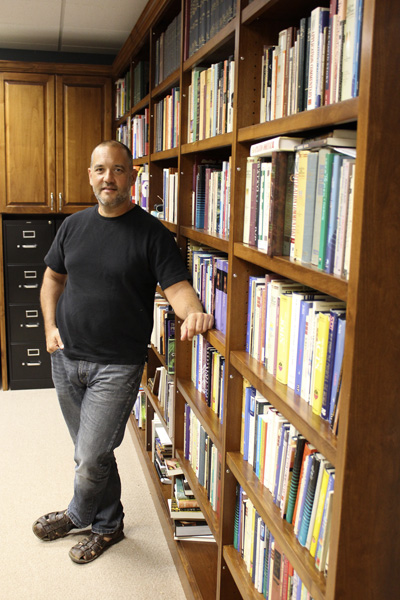 The Rev. James Petersen leans against a bookshelf at Crossroads Evangelical Free Church of Albert Lea. He began as pastor on June 21. -- Nya Lony/Albert Lea Tribune

Crossroads Evangelical Free Church of Albert Lea welcomed a new senior pastor in June, and in his first year, the Wisconsin native hopes to do a lot of listening.

The Rev. James Petersen said that, on one hand, it takes a year to get to know an organization and, on the other, Crossroads is at a crossroads.

“I believe the church is at a significant crossroads in its 14-year history,” Petersen said. “Throughout that history, the church has experience significant growth and now that growth needs to be shaped and the energy of the congregation focused where God would lead us next.”

The Rev. Glen Stevens had led the congregation for 13 years during much of that growth before departing for Salem Evangelical Free Church in Fargo, N.D., in January 2010.

There were about 130 people from the Albert Lea area who had been attending Faith Church in Austin when Stevens came to be their first pastor in October of 1996. At first, they started meeting in the Southwest Middle School gymnasium, but after a couple of years, because of growing attendance, they moved to the then-new Albert Lea High School auditorium. It was then that church members began raising money for a church building of their own on Hoeger Lane.

Crossroads now has 35,000 square feet of space and a weekend attendance of about 700.

The Rev. John Crocker served as the interim pastor since Stevens’ departure.

Petersen has ministered in places ranging from Oakland, Calif., to Sioux Falls, S.D. By way of the denomination’s placement services, Petersen and his family will now be calling Albert Lea their new home. He said he plans to discover with the church the next steps toward the future and lead the congregation in taking those steps.

“I’m thankful for the opportunity to be a part of the work at Crossroads Church,” Petersen said. “I’m committed to the same things like Biblical teachings, contemporary worship, discipleship and service. I also feel my gift mix is good for helping Crossroads take the next step as a church. I think strategically about the future; I’m a futurist.”

Petersen graduated from the University of Wisconsin-Madison with a degree in Hebrew. He continued onto seminary school at Trinity Evangelical Divinity School in Deerfield, Ill., where he earned a master of divinity and a master of theology in 1990 and 1991, respectively.

After seminary, Petersen and his wife, Jennifer, moved to Oakland. They spent 10 years at a church now called Higher Ground Church.

“I was part of 12 percent of the population in Oakland and I ministered to a lot of troubled people,” Petersen said.

While his experience grew, so did his family. In Oakland, the Petersen family grew to seven with the addition of their five children: Adam, Nathan, Hannah, Jacob and Micah. The last 10 years were spent in Sioux Falls as Petersen ministered at Central Baptist Church.

On June 21, Petersen officially began working as the senior pastor at Crossroads Church. He hopes Crossroads will become a place of decision. He wants it to be a place where people make decisions about their lives and how they intersect with God. He wants the church to ask good questions that force decisions to be made, not just on Sunday mornings, but every day.

And he hopes those decisions will reflect God’s word and bring Jesus Christ glory.

Since he started at his new post, Petersen has been steadfast at moving forward with the church. He spends 4 1/2 days in Albert Lea and the other 2 1/2 with his family in Sioux Falls. They hope to be moved by Aug. 1.

“So far I’ve found Albert Lea to be friendly, easy to get around, accessible, and it doesn’t take me a half hour to get to work,” Petersen said. “I’ve enjoyed getting to know the people, and I especially love the lakes; they’re a lovely surprise.”

Petersen and his family are looking forward to exploring Albert Lea and meeting new people. He extends an invitation to anyone interested in finding out more about Crossroads Church, him and his family to Sunday worship services at 9 a.m. and 10:30 a.m. 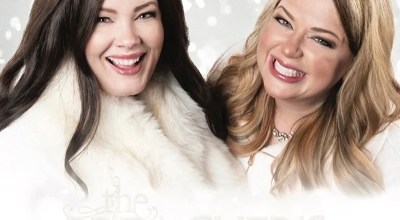