Funeral services for Donald Louis Larson, age 72, of Albert Lea, will be held at 10:30 a.m. on Friday at United Methodist Church. The Rev. Richard Spande will officiate. Interment will be at Hillcrest Cemetery with military honors accorded by Freeborn County area veteran’s organizations. Visitation will be from 5 to 7 p.m. Thursday at Bayview/Freeborn Funeral Home and one hour prior to the service at the church. To sign the guest book, go to www.bayviewfuneral.com. 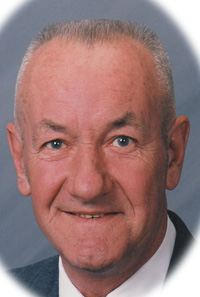 Donald Louis Larson was born on Oct. 30, 1938, to Lars and Sarah (VanHorn) Larson in Geneva. He grew up in the Northwood, Iowa, area and graduated from Northwood High School. Donald served in the United States Air Force in several locations including North Africa, Casablanca, Morocco, Minot, N.D., and Topeka, Kan. On March 5, 1959, Donald was united in marriage to Rochelle Gipson in Topeka, Kan. The couple resided in Albert Lea where Donald worked as the bulk plant manager for Southern Minnesota Oil. He was a member of United Methodist Church in Albert Lea, the Eagles and the American Legion. Donald enjoyed hunting and fishing, playing cards and pool, and doing crossword puzzles. Donald’s greatest joy was camping and spending time with his family and spending time on the computer.