Funeral services for ElRoy “Ace” Carlson, of Albert Lea, will be held at 10 a.m. Saturday at the First Lutheran Church in Albert Lea. The Rev. John Holt will officiate. Visitation will be Friday evening from 4 to 7 p.m. at the Bonnerup Funeral Service, and one hour prior to the service at the church. Interment will be in Hillcrest Cemetery. Military honors will be accorded by the Albert Lea Area Veterans Groups. 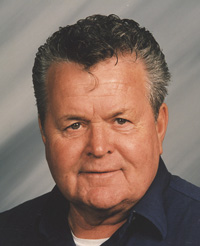 Ace was born Dec. 24, 1934, in Albert Lea, the son of Byron and Mable (Erickson) Carlson. He attended public school in Albert Lea. Ace entered the military and served in the United States Navy during the Korean War. He was united in marriage to Maureen K. Callahan on Feb. 8, 1958 at St Theodore Catholic Church in Albert Lea.

Ace had been employed by Interstate Power Co. for over 40 years serving as a lineman and later as a service representative. He was a member of the First Lutheran Church and the Albert Lea American Legion. In his free time he loved golf and riding his motorcycle. He enjoyed gardening, hunting and fishing and was a family man who loved to spend time with his grandkids.

Ace was preceded in death by his parents, nephew Chad Monson, and brother in law Ronald Christenson and very special niece Julie Christenson.