How did Minnesota get to this point?

A shutdown of the Minnesota state government began overnight. How did we get here? What does this mean? How does this get resolved?

It’s no wonder there has not been a budget agreement — the governor and the legislative leaders admit they are negotiating under “the cone of silence” trying to limit public comments. This is a reference to the ’60s era TV show “Get Smart.” However, when under “the cone of silence” you can talk but the other person can’t hear! It appears they have been using the “cone” for the entire session. 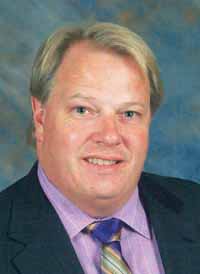 See the YouTube clip at www.youtube.com/watch?v=g1eUIK9CihA. An interesting note to the legislative process is that the same open meeting laws that apply to local units of government don’t apply. The legislature plays by a different set of rules. The negotiations and agreements are made behind closed doors and outside of the view of the press and public.

I can only imagine the uproar from people and the press if the city or county tried to operate this way.

There have been some dire predictions about what would happen if no budget agreement was passed by the Legislature and signed into to law by the end of the current two-year state budget on Thursday. However, due to the ruling of a Ramsey County District Court judge, the shutdown will not be as dramatic and immediate as some had feared.

For example, the state colleges will operate on their reserves, which should carry them through the fall semester. Cities will get the full local government aid payment, and schools will be funded based on existing law.

Unfortunately, other state government functions will be shut down. For example, if you had a reservation at a state park campground, you are going to be looking for another site. Perhaps one of the biggest impacts will be the stoppage of state road construction projects. Fortunately, the state’s role in loans will continue, which was a serious concern for many people.

My fear is that since so many things will continue to operate, there will not be as much pressure on the Legislature to resolve the budget. My experience tells me that this lack of pressure may spell a long, partial shutdown. This will be especially hard on the state employees who will be without a paycheck for perhaps months and also the employees and business that rely on state services to operate.

How did we get here? There is plenty of blame to go around. Included in the blame should be former Gov. Tim Pawlenty and the last Legislature for not resolving the last budget without relying on federal stimulus dollars and borrowing money from K-12 education. The tough decisions were passed to the current Legislature.

Since the start of the legislative session, there has been an array of numbers coming from St. Paul that don’t seem to add. There have been ads ran in our area, for example, that claim the budget bills passed by the Republicans increase spending by 6 percent. Wow, that sounds like a lot! If this were true, why would there have to be so many cuts to programs like local government aid? The reality is that the 6 percent increase claim ignores the federal stimulus dollars and borrows dollars from K-12 education used to balance the last budget.
What are the real numbers? The last state budget signed by Gov. Pawlenty totaled $34.4 billion. The budget passed by the Legislature for 2012-2013 totaled $34 billion – hardly a 6 percent increase. In his original budget Gov. Mark Dayton called for spending $37.1 billion. Gov. Dayton has since revised his budget number to $35.8 billion. Forecasted spending totaled $39 billion.

Forecasted spending, referred to by some as “spending on auto-pilot,” is how much money would be spent in 2012-2013 if changes were not made to existing law. For example, it would include funding for the 14,000 additional K-12 students. Forecasted spending includes inflationary increases in some programs such as special education.

From my view, the budget number that passes will be in the range of $35.3 to $35.6 billion. This is an increase from the last budget, but there are more people in the state and the increased costs in health and human services far outpace inflation. Make no mistake about it, even at $35.6 billion there will be many painful, though necessary, cuts made tothe budget.

How does this pass? I see one of two scenarios: A group of at least six House and four Senate Republicans acting, without the approval of leadership, reach an agreement with Gov. Dayton. The resulting bills then pass with all the DFL votes plus a few Republicans. The other scenario is that the Republican leadership reaches a budget accord with the governor and the bills pass with more than a handful of Republicans
and most DFLers voting in favor of the agreement.
Both scenarios outlined above require a majority of the votes to come from the DFL. However, for the Republicans to have a chance to stay in control after the 2012 elections the GOP leadership needs to compromise with the governor. If not, they look ineffective, and the voters will likely return the control of the House and Senate to the DFL.
Republican Dan Dorman served eight years as House District 27A representative.

Editorial: Pawlenty needs ‘courage to stand’ by his views