The memorial service for Howard Lampen Vandegrift Jr., of Albert Lea, will be at 3 p.m. Saturday at Bonnerup Funeral Service, Albert Lea. 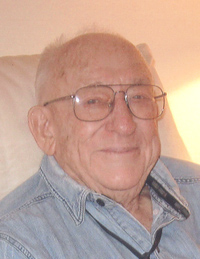 The Rev. John Bromeland will officiate. Visitation will be with his family one hour before the service.

Howard was born Oct. 13, 1923, in Albert Lea, to Howard Lampen and Myra Alice (Humphrey) Vandegrift and has been a lifetime area resident. He graduated from Albert Lea High School in 1943. From 1942 to 1945 he worked for Olson Manufacturing and from 1937 to 1985 he worked for Vandegrift Cycle, retiring after 62 years of employment. Howard married Harriett Faye Light on Jan. 20, 1945. He attended Sunday school at First Methodist Church, Albert Lea. Howard was a member of H.O.G. (Harley Owners Group), local H.O.G. Chapter 2377, Falcon Motorcycle Club, B. H. Pietenpole EAA/AC Chapter 13, Eagles Club for 42 years, YMCA and has been a YMCA scuba diver since 1979. Howard enjoyed his many scuba trips, and many trips, beginning in 1941, on his motorcycle to Sturgis, S.D. He also enjoyed tandem parachuting and collecting things.