Funeral services for Robert Reinard Schauberger, 78, of Albert Lea, will be held at 10 a.m. Saturday at Bayview/Freeborn Funeral Home with military honors accorded by Freeborn County area veteran’s organizations. The Rev. Kent Otterman will officiate. Interment will be at Fort Snelling Cemetery. Visitation will be one hour prior to the service. To sign the guest book, go to www.bayviewfuneral.com. 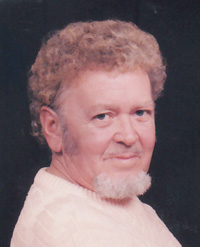 Robert Reinard Schauberger was born on Oct. 11, 1932, to Wilhelm and Mary (Mathies) Schauberger in Ringsted, Iowa. He grew up in Ringsted on a farm and graduated from Ringsted High School. Bob served in the United States Army during the Korean conflict. After his discharge, Bob lived in Freeborn County for a while. Later, he moved to California where he worked as an electrician for about 20 years. Bob returned to Albert Lea and was self employed as a woodworker. Bob loved woodworking and was very gifted at it. He had every tool imaginable in his shop. Bob also loved polka music and enjoyed traveling around the country dancing to it.

Survivors include his sisters-in-law: Ruth Schauberger and Evelyn Schauberger, both of Fairmont; niece, Leah Miller, of Glenville; and several other nieces and nephews.

Bob was preceded in death by his parents; daughter, Anita; sisters: Frieda, Matilda and Amanda; brothers: Carl and Henry and one brother in infancy; brother-in-law, Walter; and nephew, Robert Miller.