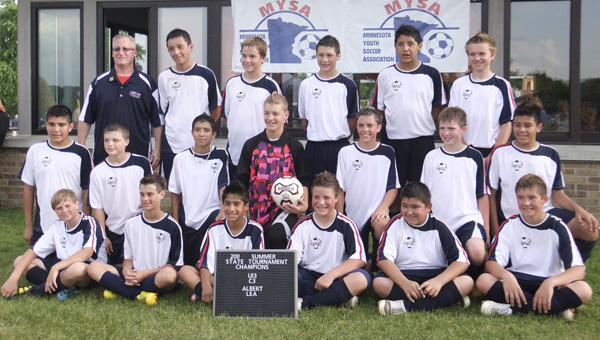 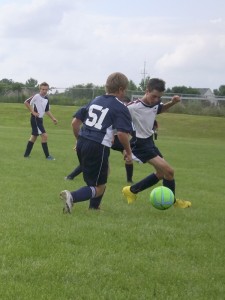 Lukas Severson battles for the ball while Colton Mowers looks on.

Goalkeeper Foster Otten continued an outstanding record with three shutouts in the state tournament. The team gave up only seven goals the entire season, while the offense scored 51. 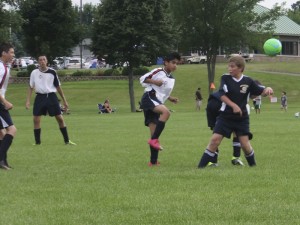 The team then played their best game of the season against Owatonna.

Going into the game, Owatonna was the only team out of all 41 Classic 3 teams that had scored more goals than Albert Lea, according to the Minnesota Youth Soccer Association website.

River Falls’ tough offense could not get through Albert Lea’s superior defense in the championship game. Defenders Matt Tate, Chris Nelson, Nate Nelson and Colton Mowers rarely allowed their opponents a quality shot on goal. Andrade-De Leon and Overgaard scored for Albert Lea. When it was time to award the medals, Albert Lea had won the championship 3-0. 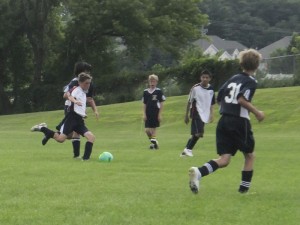 “We are so proud of the heart these boys showed all season,” said Overgaard. “They are a great group of kids who play well together both on and off the field. It was a pleasure coaching them this year.”