A life with horses 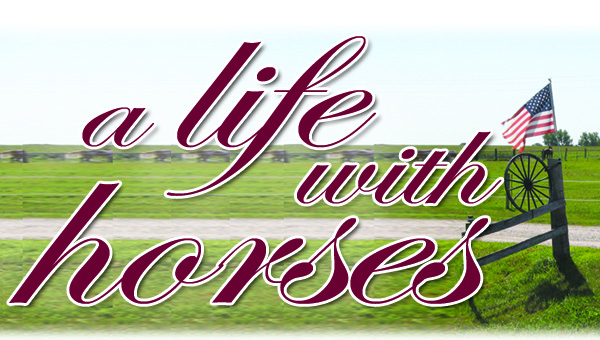 Jodie Distad has spent the past 15 years working with and training horses and their riders. She’s also continuing the century-old connection for a place south of Albert Lea known as the Broadway Farm with horses. 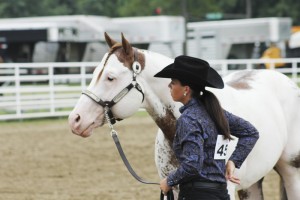 Jodie Distad won three blue ribbons at the Freeborn County Fair. She also participated in the Mower County Fair. Later this month she plans to participate in the Iowa Paint Horse Show in Iowa Falls and go to a Texas show in November. -- Tim Engstrom/Albert Lea Tribune

This farm with a name legally registered at the Freeborn County Recorder’s Office was once associated with the Herman and Phil Jensen families.

Jodie and her husband, Andrew (A.J.), presently own and board 20 horses on their farm located about two and a half miles south of the city on 750th Avenue. They also have a longhorn bull, three dogs and a kitten.

“I train people and horses for local to world class competition in multi-events,” she said. 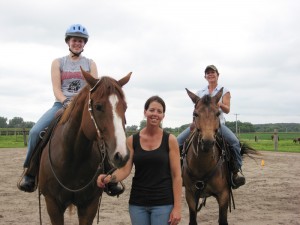 Jodie Distad, center, was working with two of her clients, Lexie Balgeman, of Lyle, left, and Kerin Madson, right, of Walters, during a recent training session at the Broadway Farm south of Albert Lea. -- Ed Shannon/Albert Lea Tribune

She has worked out of the farm on County Road 18 (also known as South Broadway) for three years. However, she has been involved with horses most of her life.

“I’ve been training horses for 15 years, “ she said, “I have an identical twin sister who shows horses. My parents also show horses.”

Jodie grew up near Rome, N.Y., and graduated from Morrisville State College (the State University of New York College of Agriculture and Technology) with a degree in equine science and management. After graduation she moved to Eldora, Iowa.

“I worked for the leading breeder of paint horses in the U.S. He had 350 horses.” she commented.

Jodie moved to the Austin area where she lived for about seven years, then to the present location.

The Broadway Farm has an outside riding arena, inside arena, a circular horse walker, two barns and several fenced pastures with three-sided roofed shelters for use in inclement weather.

For the Distad’s paint horses, which are all registered, farrier (blacksmith) and veterinarian services are available. All the hay and wood shavings used in the barns are purchased from local suppliers.

Not long ago she attended the World Wide Paint Horse Congress in Kansas City, Mo. Jodie explained that horse people from all over the U.S. and Canada attended this event. She won a Congress champion award and two reserve champion awards. 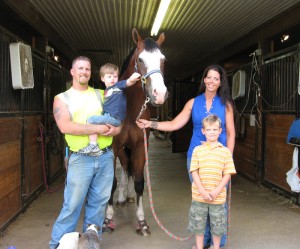 Here’s the Distad family standing in front of the main barn on the Broadway Farm. From left are Andrew (A.J.), 2 1/2-year-old Devin, Jodie and 7-year-old Cole who will be a second grader at Sibley Elementary School. The horse’s name is Arthur. -- Ed Shannon/Albert Lea Tribune

For her travels to this and other paint horse events, especially in Iowa and Minnesota, the Distads have a truck and trailer that can transport six horses.

To help out in the barns with cleaning, feeding and other chores in the mornings, Jodie has the assistance of Kalli Van Ryswyk of Glenville.

“Some people have boats and campers and I have show horses. What may be a hobby for them is for me a living,” she concluded.