A win away from state 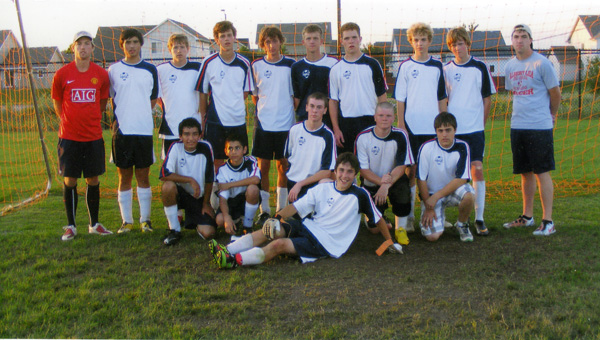 The Albert Lea under-16 boys’ soccer team finished second in the South District League with a 8-3-1 record despite players missing games due to having other commitments.

The team advanced to the district playoffs and beat LeSueur 6-0 and Apple Valley 4-1. Against Apple Valley, Albert Lea received a red card and played without its starting goalie, but with the wins earned a match against the East District champs White Bear Lake.

One win away from its first state tournament berth, the under-16 team needed to defeat a good White Bear Lake team.

The Polar Bears came out strong and applied pressure on offense, but backup goalie Jerry Halstead was up to challenge, allowing only one goal in the first half.

During halftime, the coaches fired up the boys by reminding them a trip to state was fading, which they responded to with determination.

White Bear Lake scored its second goal with 15 minutes to play to pull ahead 2-0 but Albert Lea did not quit. Matt Attig scored the team’s first goal on a header with nine minutes remaining.

The goal inspired Albert Lea and it put pressure on the Polar Bears during the waning minutes but could not score again. The defensive corps of Curi Lestrud, Nicholas Tate, Parker Thompson and Daniel Mondeel played well but made one costly error to allow the second goal.