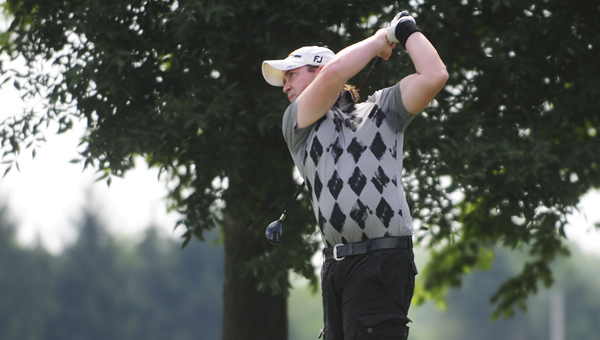 Mike Elseth tees off Saturday on Hole 2 at Wedgewood Cove Golf Club during the first round of the Albert Lea City Championship golf tournament.

The two-day tournament features some of the city’s best golfers. Andy Peterson won the City Championship last year in the men’s championship flight, and Megan Pulley won the ladies’ division.

The championship flight was set before the tournament began and all other flighting happened after the first round.

Look to the Tribune online tonight and in print Monday for the complete leaderboard.