Echoes of the past at Graceland Cemetery 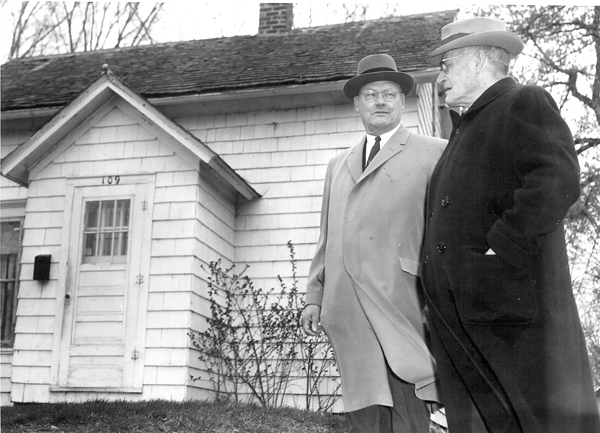 This Tribune photo was taken in April 1963 when Frederick R. Kappel, left, was board chairman of the American Telephone and Telegraph Co. He and his wife came to the city to visit his father, Frederick A. Kappel, right, a local barber. During this visit, the father and son went to their former home at 109 East Second Street where the younger Kappel was born in 1902. -- Photo courtesy Freeborn County Historical Museum

Re-enactors portraying four former county residents now buried in Graceland Cemetery will be presenting the 11th annual ”Echoes From the Past: A Journey Into History” on Wednesday evening, Aug. 17.

This year’s program starts at 6:30 p.m. Those attending are asked to use the Wedgewood Road (north) entrance to the cemetery, which is just to the west of State Highway 13. 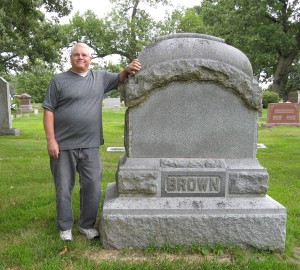 Roger Wessels will be assuming the role of Horatio D. Brown at this year’s “Echoes From the Past: A Journey Into History” at Graceland Cemetery on Wednesday evening starting at 6:30 p.m. -- Ed Shannon/Albert Lea Tribune

Featured in this year’s presentation will be two women and two men from the past who were a part of Freeborn County life during the last part of the 19th century and the first part of the 20th century.

David Paschka will portray the role of Frederick Albert Kappel (1875-1966) who owned a barber shop and cigar store in the city until 1951. Kappel was born in Red Wing and came to Albert Lea in 1900. He was the father of Frederick R. Kappel (1902-1994) who was the chairman of American Telephone and Telegraph Corp. and served in several posts during the administrations of Presidents Lyndon Johnson and Richard Nixon.

Last year’s program at Graceland Cemetery featured Roger Wessels in the role of local contractor John Larson; this year he will be assuming the role of Horatio Brown (1835-1901).

Brown was born in New York and graduated from Union College at Schenectady, N.Y., in 1855. The following year he moved to Hayward Township and became the first county surveyor during the following year. In 1861 he was appointed deputy clerk of the district court. Brown enlisted in Company C, Fifth Minnesota Infantry Regiment and served three years in the south during the Civil War. 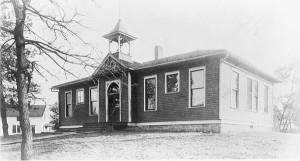 In 1871 he organized H.D. Brown & Co., a banking firm. When the Albert Lea National Bank was incorporated, he became its president. Brown also served a term in the state senate and was an early mayor of Albert Lea. Also, in 1899, Brown became president of the Minnesota Bankers Association. He was also one of the trustees and treasurer of Albert Lea College for Women just prior to his death.

The role of Amelia Sandburg (1869-1957) will be portrayed by Jennifer Erickson.

During her presentation Erickson will cover the highlights of Sandburg’s life as a school teacher and administrator in Albert Lea and Freeborn County.

She grew up in Bancroft and graduated from Albert Lea High School in 1888. After an elementary teaching course at Mankato Normal College, she taught school in Wells, then became principal at Albert Lea’s New Denmark School (later known as Northside School). From 1912-1915 Sandburg was the assistant superintendent of Freeborn County Schools. She then returned to the New Denmark School to again become principal. Later in life and retirement she lived in Edina, Minneapolis and died in St. Paul.

Lorna Wermedal will assume the role of Dr. Mary Hood-Nelson (1876-1919) for this year’s presentation.

Mary Hood was born Montreal, Canada, and moved with her family to Sioux City, Iowa, after the death of her father. She became a nurse and later obtained a degree of medicine from Rush Medical College in Chicago, Ill. After practicing medicine in Chicago and Sioux City, Dr. Hood came to Albert Lea about 1907 and was associated with several local doctors. She married Edwin A. Nelson on Jan. 1, 1912, and moved to Hartland. Dr. Hood-Nelson died on Jan. 8, 1919.

A news release from the Historical Museum states, “‘Echoes From the Past’ will present the lives of four individuals who lived and were part of the history of our county. Their stories will be told by re-enactors who have developed story lines from data collected on each individual. Each presentation is approximately 12 to 15 minutes. There will be only one presentation area this year so the re-enactors will not be competing against each other to be heard. Refreshments will be available after the presentations. Seating is provided, but you may want to bring your own chair for more comfort.

“The program should be just over an hour and you will have the opportunity to visit with the re-enactors at the (nearby) grave sites following the presentations. We hope to have a representative of Graceland Cemetery available for questions also. Graceland is a lovely cemetery and a perfect setting to bring you stories of early residents of Freeborn County. Please join us as history comes to life!”

Pat Mulso, executive director of the Freeborn County Museum, Library and Historical Village, reminds those attending this event to park on Wedgewood Road if they are able to walk a distance, or follow the directions of the volunteers for those needing to park closer to the performance location. She reminds those attending to come through the Wedgewood Road (north side) entrance to purchase the ticket for this event.

The admission price is $5; children under 11 will be admitted free.

In case of adverse weather, the re-enactment will be held at the Freeborn County Museum, 1031 N. Bridge Ave.