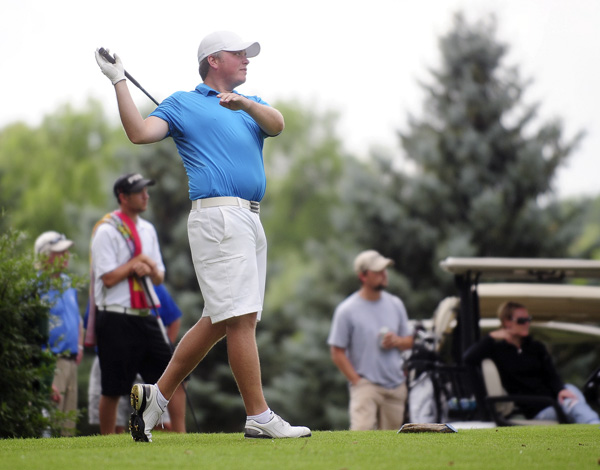 Peterson shot 69s on Saturday and Sunday at Wedgewood Cove Golf Club and Green Lea Golf Course, respectively, and built a seven-stroke lead going into an additional nine holes reserved for the top 16 in the championship flight.

Peterson birdied the first three holes on the back nine, barely missing an eagle putt on Hole 12, en route to a two-under-par 35 for the championship.

“It was a really good weekend,” Peterson said. “Everything kind of fell together and I played well both days.” 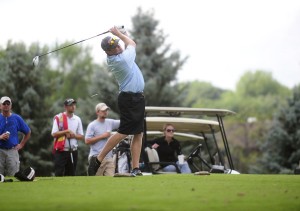 After the championship’s first two rounds, Peterson joined a foursome of the top scorers, including Brett Wuerflein (145), Chris Baas (146) and Mike Elseth (151). Peterson said during the final nine holes he relaxed and ignored that he was playing anyone else.

“A lot of guys who usually play well in this didn’t play their best,” Peterson said. “I played well, and it was kind of the perfect storm.”

Peterson said he felt equally as comfortable at both courses but he played slightly better at Green Lea. It was his third city championship in four years as he also won it in 2008.

Despite playing Saturday’s round on her home course, Wedgewood Cove, Megan Pulley shot 79 both days and won her second consecutive women’s championship.

Pulley finished the tournament with a 158 and beat Kelli Hanson (166) by eight strokes. Both Pulley and Hanson improved their scores from last year’s city championship by seven strokes.

“I’ve been practicing and putting a lot,” Pulley said. “It helped a lot overall.”

Pulley said its fun to play with Nelson, a 2009 graduate of Albert Lea High School and former teammate of Pulley’s on the girls’ golf team, because looked up to her when she was younger.

“Now I’m at that spot and it feels really good,” Pulley said.

Early Krieger shot an 83 at Wedgewood Cove and an 80 at Green Lea to win a tight open flight championship with a 163. Kyle Kriewall (164) and Joe Sczublewski (165) finished second and third, respectively.

Dan Peterson won the senior’s flight with a 149. He shot an even 72 at Wedgewood Cove on Saturday.

See the Scoreboard for complete results.