Funeral services for Ronald Christensen, of New Richland, will be held at 11 a.m. Friday at the Community Lutheran Church in Geneva. The Rev. Carrie McElfresh will officiate. Visitation will be held Thursday evening from 4:30 to 7:30 p.m. at the Bonnerup Funeral Service in Ellendale and one hour prior to the service at the church. Interment will be in the Geneva Cemetery. Military honors will be accorded by the Ellendale veterans group. 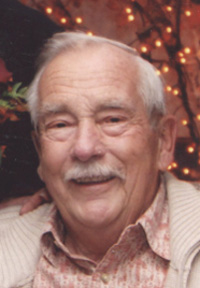 Ronald graduated from Ellendale-Geneva High School in 1951 and the University of Minnesota. He was united in marriage to Joanne Vangen on June 13, 1954, at the First Lutheran Church in Ellendale. He worked in Albert Lea at Queens/Almco in engineering for six years.

Ron made his home in Geneva for many years and served as mayor and assistant fire chief. He was the postmaster in the Geneva Post Office for more than 30 years. Ron started and coached little league in Ellendale for several years.

Ronald served his country in the United States Marine Corps and attained the rank of sergeant. He spent his summers at their home on Round Lake near Garrison and moved there permanently in 2006. He wintered in Tropic Star Resort, Pharr, Texas, the last eight years.

He was preceded in death by his parents: Hans and Carol Christensen; mother and father-in-law: Wanda and Carlyle Vangen; brothers-in-law: Kenny and Odean Vangen.