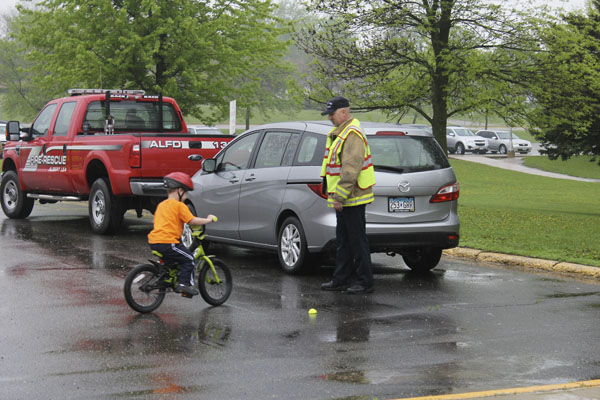 Imagine an accident involving a bike and a car on Front Street. If it happened before the bikes lanes were installed, people would argue: “We need bikes lanes!” If it happened after the bike lanes were installed, people would argue: “We don’t need bike lanes!” Look, the bikes lanes aren’t at issue. What’s needed is more education among bicyclists and motorists. The bike rodeo shown above is a prime example. However, we want to share with you that a man from Los Angeles visited Albert Lea on Thursday. He was impressed that our city was worldly enough to have bike lanes. “People here must like to exercise,” he remarked. Yes, we do.