The Beach Boys entertain at the fair 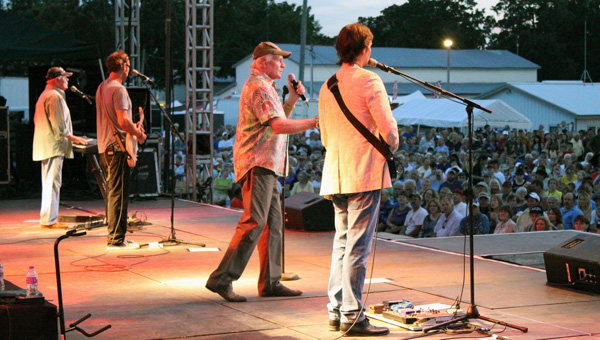 The Beach Boys entertained a sold-out grandstand Wednesday night at the fair with classics that audience members could sing and dance to. 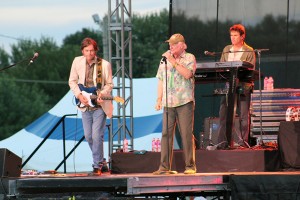 The Beach Boys performed many classic hits from their years of recording Wednesday night at the fair. -- Kelli Lageson/Albert Lea Tribune

The group started out with a slew of upbeat hits including “Surfin’ Safari” around 8:30 p.m. and then joked with the crowd saying they needed an intermission and then a nap, which is what you get with a “used rock group.”

Another way to say it is they took it fast, then took it slow.

Then they continued the hits with songs like “Surfer Girl,” “Don’t Worry Baby” and “Little Duece Coupe.”

It was one of those rare concerts where fans knew every song, or just about.

They introduced the song “Be True To Your School” by saying it was written in 1963, and that their friend John Stamos likes to remind them that it’s also his birth year. 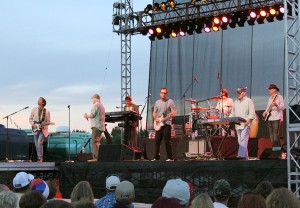 Continuing the endless stream of hits were “God Only Knows,” “Good Vibrations” and “Wouldn’t It Be Nice.”

During the song “California Girls,” the crowd cheered during the part of the song about Midwest farmer’s daughters, and the band changed the line to “wish they all could be Minnesota girls.”

More hits continued keeping the crowd entertained and on their feet including “Help Me, Rhonda,” “Barbara Ann” and “Surfin’ U.S.A.” During “Barbara Ann” there was a guitar solo not often heard on the radio version of the song, which the crowd seemed to enjoy.

The Beach Boys came back on for an encore with “Kokomo” and “Fun, Fun, Fun” before ending the night right after 10 p.m.

The Beach Boys were formed in 1961 in California, originally with brothers Brian, Dennis and Carl Wilson, their cousin Mike Love and friend Al Jardine. They signed to Capitol Records in 1962.