MINNEAPOLIS — Scott Baker is headed back to the disabled list with the same elbow injury that has bothered him for the last month or so, and the Minnesota Twins say they will be patient before bringing him back again.

Baker was placed on the DL with a strained right flexor in his pitching elbow on Tuesday, one day after he gave up five runs and nine hits in six innings of a loss to the Boston Red Sox. His elbow has bothered him since just before the All-Star break when he went to the DL for the first time.

“It’s the same thing he’s had, a little tendinitis in the muscle around his elbow,” manager Ron Gardenhire said. “It’s just not going away, so we’re going to shut it down.”

Baker, who has been the Twins’ most reliable starting pitcher this season, will not throw until the Twins return from their next road trip on Aug. 18. With the Twins struggling of late and entering their game against Boston on Tuesday night 10½ games behind AL Central-leading Detroit, Gardenhire was asked if they might shut down Baker for the rest of the season.

“We’ll just have to let (the doctors) determine that,” Gardenhire said. “I just know we can’t let it continue like it is.”

The Twins plan to recall right-hander Kevin Slowey from Triple-A Rochester on Friday and start him on Sunday at Cleveland. He was placed on the disabled list on May 25 with an abdominal strain and remained on the shelf for nearly two months. Since being activated, Slowey is 1-2 with a 3.55 ERA for Rochester.

Slowey fell out of favor in the clubhouse early in the season for not embracing a move from the rotation to the bullpen, and his reluctance to accept the role could have played into Gardenhire’s decision to give Slowey the start on Sunday rather than Anthony Swarzak, who has pitched well as a long reliever and spot starter for the Twins this season.

Gardenhire said infielder Alexi Casilla ran the bases with no trouble Tuesday and will be activated in time for the game Friday at Cleveland. Justin Morneau, on the disabled list after neck surgery, continues to rehab with the Red Wings and could join the team as early as Aug. 16 when it heads to Detroit, but Gardenhire said it was still too early to put a definite date on it.

She Shed Tour to make a return 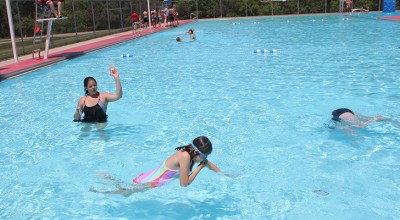 Photos: Staying cool in the pool