MINNEAPOLIS — Phil Dumatrait couldn’t have asked much more from the pitch he gave David Ortiz with the bases loaded and one out in the seventh inning on Tuesday night.

The Minnesota Twins lefty put it right where he wanted it, and Ortiz sent a dribbler down the first baseline. Only problem was it landed in the worst possible spot, and Dumatrait wasn’t able to field it cleanly, allowing the go-ahead run to score.

Dustin Pedroia raced home from third base on a play that was ruled an infield hit, lifting the Boston Red Sox to a 4-3 victory over the Twins.

Dumatrait came off the mound and lunged toward the ball, trying to dive, bare-hand it and flip it home to get Pedroia all in one motion. He wound up falling chest first into the ground and never got a grip on the ball.

“I made my pitch and he just happened to hit it to a spot where it was a do-or-die play,” Dumatrait said. “Unfortunately I didn’t make the play. We battled tonight. A little mistake like that and a team like that, obviously it cost us.”

Manager Ron Gardenhire certainly wasn’t blaming Dumatrait. There was plenty of that to spread around, starting with the nine walks issued by Twins pitchers and the increasingly impatient at-bats by Twins hitters against a Red Sox starter who couldn’t find the strike zone.

Darnell McDonald hit a two-run homer and Erik Bedard overcame a shaky first inning to give up two runs on three hits with six strikeouts in five innings in his second start since coming to Boston in a trade with Seattle.

“I told you guys we knew that squeeze would work at some point,” Red Sox manager Terry Francona deadpanned. “Take it when you can get them.”

Tsuyoshi Nishioka had a double and an RBI for the Twins, who lost their sixth straight game. Francisco Liriano walked a career-high seven and allowed three runs on four hits with four strikeouts in six innings.

The free-swinging Twins had just one walk in their previous 182 plate appearances when they stepped to the plate in the first inning against Bedard.

But they walked four times in their two-run first, including a bases loaded free pass to Delmon Young, who had walked 15 times in 314 plate appearances this season.

Bedard settled down after that 37-pitch first inning, keeping the Twins off the board with just two hits over his final four innings.

“We had a lot of good at-bats, a lot of close pitches,” Gardenhire said. “Unfortunately we only got two runs out of the situation. A couple guys got a little antsy and took some quick swings and didn’t let him finish himself off. Because he was definitely not finding the strike zone.

“We had a chance to open that up with a few more runs there. He definitely wasn’t finding it.”

Neither was Liriano, who walked Jason Varitek to lead off the fifth before hanging a slider that McDonald put into the upper deck in left field for just his fourth homer of the season. He also walked two in the sixth to set up Varitek’s RBI single.

“They’re one of the best teams in baseball right now,” Liriano said. “You’ve just got to make sure that you don’t make mistakes like I did in the fifth inning. I was getting behind in the count too much.”

While not happy with all the walks, Gardenhire said he thought Liriano’s location was pretty close all night.

“There were a lot of pitches that were close, borderline. Just missing,” Gardenhire said. “We liked where the ball was. It was down in the zone or around the knees and that’s a pretty good start for him.”

Matt Albers (4-3) gave up one run in one inning of relief for the win, helping the Red Sox move to 2 1/2 games up on the Yankees in the AL East after New York lost at home to the Angels.

Matt Capps (3-6) took the loss for the Twins after giving up one run on one hit and walking two in one inning. Minnesota’s pitchers walked nine and its hitters whiffed 10 times in the game.

Nishioka was hitting just .215 with just four extra-base hits and 14 RBIs this season when the day started. He struck out in his first two at-bats before sending a pitch from Albers high off the out-of-town scoreboard in right-center field for an RBI double that tied the game 3-3 in the sixth.

The Twins (51-65) dropped to 14 games below .500 and have their fourth losing streak of at least six games on the season.

NOTES: Twins DH Jim Thome walked for the 1,708th time in his career in the first inning, tying him with Mel Ott for eighth on baseball’s career list. … Red Sox 2B Dustin Pedroia walked three times. … The Twins placed RHP Scott Baker on the DL with a strained right elbow. … Twins CF Denard Span got a rare day off after starting the home stand 0-for-12. Gardenhire said Span was still getting his timing down after being out with a concussion. … LHP Jon Lester (11-5, 3.23) takes the mound for the Red Sox in the series finale on Wednesday night against RHP Nick Blackburn (7-9, 4.58). Lester’s 6.61 ERA in three career starts in Minnesota is his second-highest in a visiting AL city next to Kansas City (7.20). … Had Baker not been placed on the disabled list, Blackburn may have been pitching for his job. In his last eight starts, Blackburn is 3-5 with an 8.15 ERA and 65 hits allowed in 38 2-3 innings. 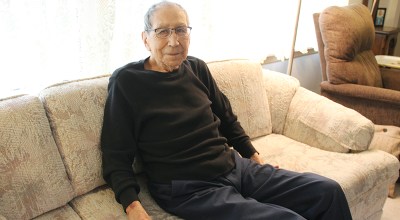 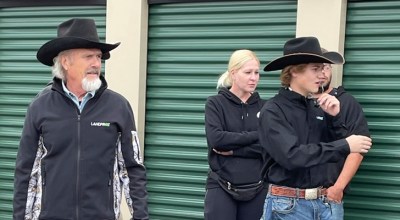 ‘Just getting up on that mic, selling: it’s a lot of fun to do’

Michael G. Lilienthal: The play’s the trap in upcoming show

Editorial roundup: Ukraine needs us now and well into the future