About a half dozen volunteers through the Crime Victims Crisis Center and its other programs voiced opinions Tuesday to encourage the Freeborn County commissioners to keep the crisis center open and under the leadership of its current supervisor.

Freeborn County officials said last week that Crime Victims Crisis Center Supervisor Rose Olmsted, who also spearheads efforts for the Crisis Response Team and oversees the Domestic Abuse Program, had not been called back to work after the state shutdown. 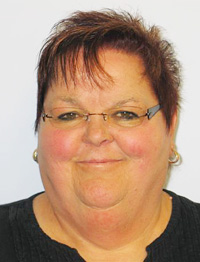 Olmsted was the only non-union employee within the small department, and with budget cuts from the state, the commissioners are beginning discussions about the future of the crisis center and its programming. The services it provides are deemed not mandatory, though it is likely other programs would feel additional strain if the crisis center programs were eliminated.

According to information provided by Freeborn County Human Services Director Brian Buhmann, the county allocated almost $60,000 for the Crime Victims Crisis Center, about $31,000 for the Domestic Abuse Program and about $45,000 for the Crisis Response Team in 2011.

On the other hand, the county received more than $150,000 in grants this year for the programming.

The Domestic Abuse Program and the Crisis Response Team have been suspended since the state government shut down.

Jerry Rasmusson, a volunteer for the Crisis Response Team, talked about all of the incidents he has responded to during the last three years since he joined the team.

The team has helped in mock drinking and driving crashes at area high schools and goes through ongoing training every two months with 24 hours of basic training at the start.

“I think we’ve provided a lot of good service to Freeborn County,” he said. “We encourage you to re-evaluate this — maintain CRT with Rose as our leader. All of us sitting here can have a crisis moment at any time.”

Albert Lea resident Darryl Meyer talked about the challenge it used to be to share mental health evaluation services with Mower County and explained that in the 1970s, commissioners decided to branch off from Mower County and provide its own services.

He talked about the “instrumental” role the Crime Victims Crisis Center has played in assisting domestic violence victims.

Albert Lean Lola Soler talked about the experiences that drew her to be involved with the Crime Victims Crisis Center — first as a victim herself and then as an advocate for victims.

“Until it happens to you, you don’t have any idea what it’s like,” she said, noting she found help at the Crime Victims Crisis Center.

She also encouraged the commissioners to keep the crisis center running and to keep Olmsted as its leader.

Another volunteer, Phoebe Coats, expressed her support for the women’s support group which is facilitated through volunteers of the Crime Victims Crisis Center. “It’s hard for people to realize how many people are involved here,” Coats said.

Additional volunteers Wes and Cynthia Halverson talked about their experiences as crisis center volunteers. They said they also plan to take the Crisis Response Team training this fall.

They called Olmsted an important leader of these efforts.

“You’d make a big mistake by letting her go,” Wes Halverson said. “We need her.”

Commissioner Glen Mathiason emphasized the discussion about what to do with the crisis center and its other programming was still in the early stages, and it will continue to be discussed at upcoming budget workshops.

In the meantime, the crisis line was up and running again as of last Wednesday for crisis center victims, Freeborn County Human Services Director Brian Buhmann said.

However, the Crisis Response Team, the Domestic Abuse Program, and the women and children’s support groups are still suspended as they were during the state shutdown.

The DAP program is not taking any referrals, but the current clients in the program will finish out their program through Group Support Services.

The remaining two social workers for the Crime Victims Crisis Center are being supervised by another county supervisor.

Buhmann said the county’s Human Services Department alone is looking at an anticipated cut in $300,000 in funding in 2011 and 2012.

Since 2008, his department has already seen reductions in more than $1 million.

He said that’s why he’s trying to do his due diligence in negotiating some positions that may not have been deemed as providing a mandatory service.

Commissioners are expected to continue discussions at upcoming budget workshops.

In the meantime, Commissioner Dan Belshan asked Buhmann to provide information about what other counties are doing for these services.

Buhmann said in most other counties, crime victims advocacy programs are offered through nonprofit organizations.