Funeral services for Donald “Buddy” James Hanson, 79, of Albert Lea will be held at 2 p.m. Saturday at Grace Lutheran Church. The Rev. Andrea Myers will officiate. Interment will be at Hillcrest Cemetery. Visitation will be from 5 to 8 p.m. Friday at Bayview/Freeborn Funeral Home and one hour prior to the service at the church. To sign the guest book go to www.bayviewfuneral.com. 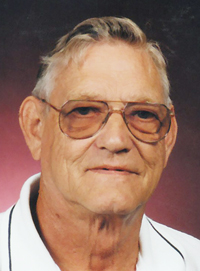 Donald died peacefully Monday, Nov. 21, 2011, at his home surrounded by his family.

Donald “Buddy” James Hanson was born on March 1, 1932, in Albert Lea to Evelyn Hendrickson. He attended Albert Lea Schools. On July 15, 1951, he was united in marriage to Eva Mae Attig at Trinity Lutheran Church. Through the years, Buddy worked at the foundry, he co-owned both MidVac and Albert Lea Electroplating, owned Midtown Liquor Store and also was a diesel mechanic instructor at Albert Lea VoTech. He was a member of Grace Lutheran Church, Elks Lodge and various service organizations. Buddy enjoyed motorcycles, snowmobiles, camping and taking bike trips with his wife, Eva. Later in life, Bud’s Harley and Mustang convertible were his pride and joy. He especially loved the time he got to spend with his grandchildren and great-grandchildren – traveling and going to their various activities.

Buddy was preceded in death by his parents; wife, Eva; and sister, Erlys Jensen.