An Albert Lea man convicted of sexually abusing a young child appeared in court this week on one count of window peeping. 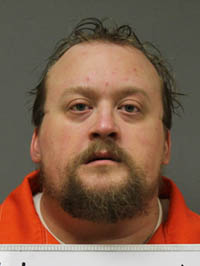 Matthew Alan Radke, 37, faces a charge of interference with privacy after he allegedly admitted to his probation agent that he had done the act. The agent reported the incident to local police, who arrested Radke for a probation violation.

Court documents state the agent and a detective with the Albert Lea Police Department interviewed Radke Nov. 22, during which time Radke reportedly admitted to looking in the window of a house and watching a young woman changing clothes on Nov. 18.

He reportedly stated he returned to the window at least three times until he saw that the girl was fully dressed.

The charge carries a maximum penalty of one year in prison and a $3,000 fine.

Radke was convicted in 2008 of second-degree criminal sexual assault of a child younger than 16. He is on probation for 20 years.

Included in his probation conditions are rules to attend a sex offender program, to register as a predatory offender, to have no contact with people under 18, to not possess any sexually explicit material and to not access the Internet without prior approval, among others.

In that file, he is also being charged with a probation violation, of which he denied on Tuesday.

A revocation hearing is slated for Dec. 14.