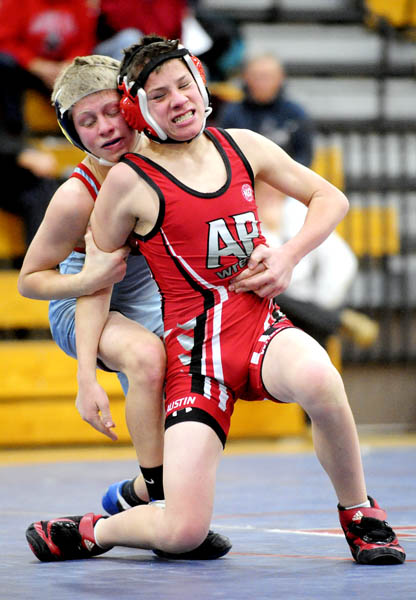 The Albert Lea wrestling team cruised past Winona and Austin on Thursday in its first home duals of the season.

“Again, we wrestled very well tonight with that Albert Lea wrestling attitude,” said Goodnature, whose team is coming off three straight wins at the Hastings Duals. “We were physical, intense, aggressive and always going for the bonus points.”

The dual against Austin took a scary turn during the 113-pound when the Packers’ Joe Maxfield landed awkwardly on his neck and shoulder after being taken down by Trevor Westerlund. Maxfield laid on the mat awhile before being lifted onto a stretcher and taken by ambulance to Mayo Clinic Health System in Albert Lea.

The Tigers wrestle again at 5 p.m. tonight in a quadrangular at Farmington. The team will wrestle against No. 10-ranked Anoka, a team the Tigers haven’t beaten in three meetings.

“The kids are having fun now and we get to wrestle another ranked team (tonight),” Goodnature said. “I’m looking forward to a very competitive match with Anoka.”