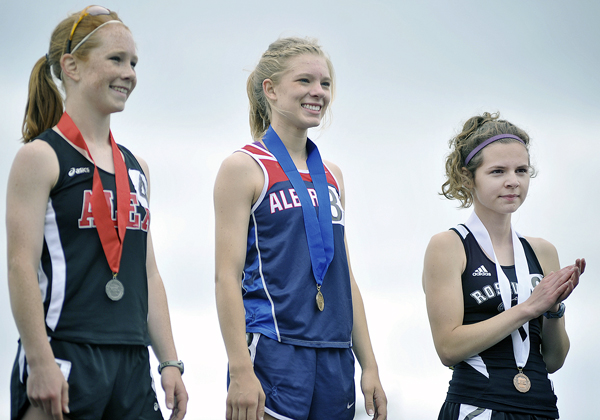 Chrissy Monson’s sterling running career reached its pinnacle on June 11 when she won the state championship in the Class AA 1,600-meter run at Hamline University in St. Paul.

Albert Lea’s sophomore took the lead over runner-up Jamie Piepenberg, of Alexandria, with 200 meters left but lost it on the final turn. With about 50 meters to go, Monson regained the lead and won by .22 seconds.

“I wanted this so bad,” Monson said following the race. “Today my coaches had a long talk with me and told me to bear down, stick with the plan and you’ll get it. It just feels so amazing right now.”

At the time, Monson was already a three-time Big Nine Conference champion in cross country and the 1,600- and 3,200-meter runs. She had competed in state a total of nine times of those three events.

The day before her state-championship run, Monson finished third in the 3,200. She beat her season-best time by 20 seconds and finished in 10:51.03.