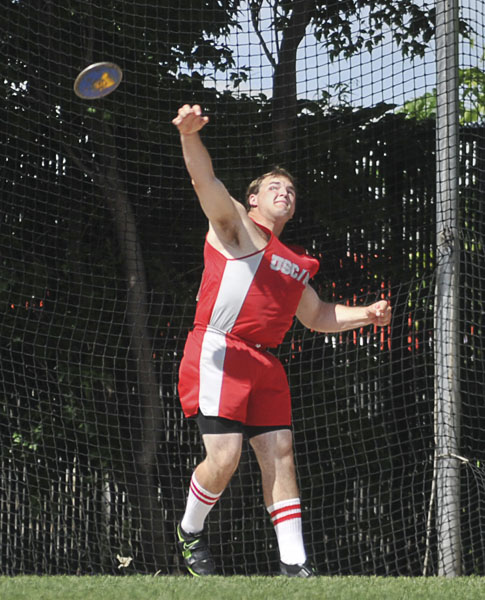 United South Central/Alden-Conger’s boys’ and girls’ track and field teams had its fair share of accomplishments this spring.

For starters, the Rebels won boys’ and girls’ Gopher Conference championships. The boys won by a margin of 105 points, won first place in 10 events and placed in all 18. The girls edged New Richland-Hartland-Ellendale-Geneva by nine points and placed first in five events.

The girls team “piled up a bunch of points,” according to head coach Kent Viesselman, by finishing second and third in the high hurdles and second, third and fifth in the 300-meter hurdles.

In addition to its conference titles, the boys’ and girls’ teams both qualified for the Class A True Team State Tournament, which is organized by the Minnesota State Track and Field Coaches Association.

The Rebels capped its season by sending two individuals to the Minnesota State High School League-sponsored Class A track and field meet at Hamline University in St. Paul.

Willette’s final throw bested his preliminary throw by 3 feet, 4 inches, and he beat the eighth-place finishers by 2 1/2 feet.